Although the tax levy will be slightly lower in the City of Hazlehurst in the coming year, the school millage has increased by about the same amount. The tax rate will be about the same as last year, explained Mayor Henry Banks at the September budget hearing.

City officials set the millage at 31.39 Tuesday evening, which is down from last year’s 34.24.

The board approved the amended budget, with newly elected alderman Ron Sims abstaining. Sims also abstained from the vote on the budget for the new fiscal year, which was also approved without opposition.

No public comment was heard during the budget hearing.

Ricky Norman, chief of the Hazlehurst Volunteer Fire Department, asked the board to increase the VFD’s annual support from $1000 to $2500. The mayor took the request under advisement for consideration.

Shirley Scott, partnership specialist with the Census Bureau, requested the city’s help in preparing for the 2010 population count.

“It’s important to the state of Mississippi because we need the money,” Scott explained. For every person missed in the census, the state will lose out on about $1000 per month in federal funding, Scott told the board. Multiply that by every month for ten years (until the next census) and it adds up to a substantial amount.

“Everything the federal government puts money into, we’re missing out on,” she said, because some people were not counted in the 2000 census.

In an effort to get a more accurate count this time, census officials are seeking the help of local governments.

Census jobs will soon be available. If local people serve as enumerators, the count is more likely to be accurate, Scott pointed out.

Alderman Richard Akin asked how the census deals with illegal immigrants. Scott explained that they are using the facilities, so they are counted.

“We are not Immigration,” she said. There is no question on the census form that asks about citizenship, she explained.

Questions on the census form will include information such as who is filling out the form, who lives in the house, ethnicity and ages.

“We just want the number, not the relationship,” Scott pointed out.

Many people do not trust the government, which is a battle the census officials have to fight. Scott urges everyone to put any feelings of mistrust aside for the census. She pointed out that census employees face a five year prison sentence and a $250,000 fine for divulging census information improperly.

“It is so important to count everyone,” Scott said. “It’s ten questions, it will take ten minutes, and it will last us ten years.”

The week of Sept. 17-23 has been declared Constitution Week in Hazlehurst. Mayor Henry Banks presented a signed proclamation to Judith Brewer, Regent of the Cherokee Rose Chapter of the Daughters of the American Revolution.

The mayor was authorized to sign contract documents with Greenbriar as soon as they become available so the project can proceed.

The board authorized electronic drafts for the Water Department at the request of the bank.

Hazlehurst High School received permission to hold the annual Homecoming Parade on Sept. 10 at 5 p.m. The parade will follow the traditional route. Homecoming events taking place this week include a “Taste of Hazlehurst” event on Tuesday evening, a dance on Wednesday evening with a Hollywood theme where students can dress like their favorite Hollywood stars, the parade on Thursday evening, then the coronation ceremony and homecoming game on Friday night.

The rural fire protection agreement was signed with the city agreeing to back up the volunteer department when requested. The volunteers are provided access to the city facilities for housing their equipment.

A cleanup hearing was set up pending the city attorney’s check on the property’s ownership. The property in question sold in the tax sale.

The city’s contract with Waste Management was extended for one year.

The low quote of $22,200 was accepted from Coast Chlorination for a continuous chlorination monitoring system for the Water Department, as required by new Health Department regulations.

The board adjourned for the month of September. The Hazlehurst aldermen regularly meet on the first Tuesday of each month at 6  p.m. in City Hall. 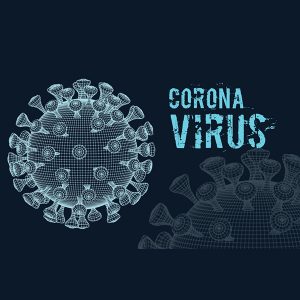