Laughter, a quick wit, unfettered hospitality, and deep friendships, mark the life of Russell Nobles. Russell was born February 20, 1916 in Raleigh, MS, his family moving to Jackson when he was in the fifth grade.

After his discharge from the army, he lived in Copiah County for a number of years. He was very active in community affairs there, serving as a member of the Hazlehurst City School System Board of Trustees and a President of the Hazlehurst Chamber of Commerce.

Russell moved from Hazlehurst to Jackson, where he served as Vice-President and General Manager of Joe T. Dehmer Distributor, Inc. During this time, he received his J.D. degree from the Jackson School of Law. .

A faithful member of Galloway Memorial United Methodist Church since 1924, Russell served as the Sunday School teacher for both the Watkins-Griffith Men’s class and the Ben Fatherree class. He also served on the Board of Trustee. After infant baptisms, as the child was introduced to the congregation, Russell would extend his hand to offer a blessing of love on the child’s tiny foot.

Russell Nobles was preceded in death by his parents, Pearl Russell and George R. Nobles; and by three sisters, Mary George Bertschinger, Pearl Burwell of Jackson and Mildred Summer of Hattiesburg.

He is survived by his wife of thirty-eight years, Elizabeth Rosa Taylor Cartwright Nobles; his children, Russell Ann Nobles and husband, Don Lasker of New York, Fay Nobles Barrett and husband, Peter of Gulfport, Susan Nobles Smith and husband, Randell of Cincinnati, Ohio, and Carl Freiler Nobles of Hazelhurst; by his step-children, George Cartwright and his wife, Anne of Roseville, Minnesota and Carol Cartwright Jacobson and husband, Lin of Pascagoula; and by eight grandchildren.

The family request that memorials be made to Galloway Memorial United Methodist Church, Millsaps College, Hospice Ministries, Ridgeland, MS or the charity of your choice. 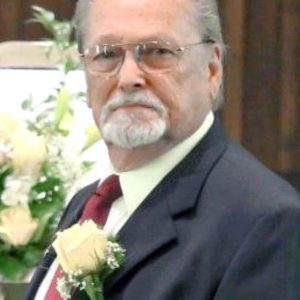