MERIDIAN – The Co-Lin Wolfpack earned a split with the East Mississippi Lions taking the opener 11-9 and falling 5-4 in the finale. Co-Lin (4-4) will host the Delgado (LA) Dolphins at Sullivan Field on Thursday. Game one of the doubleheader will begin at 2 p.m.

The Wolfpack rallied for five runs in the top of the seventh to earn the win. Trailing 9-6 with one out in the top of the inning, Shane McKinley singled to right field. Right fielder Cole Paige smashed a home run to right field to pull the Wolfpack to 9-8. Shortstop Ryan Young drew a walk and stole second. Christopher Perry walked. Second baseman Gabe Wilson reached on a error forcing pinch runner Dominic Savage out at second and plating Young.

Caleb Dugas’s RBI double to center scored Wilson to give Co-Lin a 10-9 lead. Dugas gave the Wolfpack a 11-9 lead after he stole third base and scored on an error.

Co-Lin pitcher Tyler Case retired the side in the bottom of the seventh to give the Wolfpack the win.

The teams combined for 19 hits, including 12 extra base hits. The Lions committed five errors in the game.

The Wolfpack scored six runs in the first inning to build an early lead.

Case recorded the win for the Wolfpack pitching 1.1 shutout innings striking out one, walking none and giving up one hit. Starter Tyler Simmons went 5.2 innings giving up five earned runs on nine hits, striking out five and walking two.

The Lions scored two runs in the first inning on a ground out by Austin Braddock and an RBI single by Tyler Odom. East Mississippi added three more runs in the second inning to take a 5-0 lead.

The Wolfpack picked up two runs in the third inning. A groundout by Gabe Wilson and an RBI single by Caleb Dugas closed the deficit to 5-2.

With one out in the fifth, Philip Lott drew a walk and advanced to second on a wild pitch. Gabe Wilson reached on an error that allowed Lott to score to pull the Wolfpack to 5-3.

In the top of the sixth, Matt Smith drew a lead off walk. Pinch runner Milton Griffin scored on an error, passed ball and wild pitch to pull Co-Lin to 5-4.  Ryan Young drew a walk. Jonathan Santana was hit by a pitch putting runners on first and second with two outs. But Lions pitcher Tyler Odom got Cole Paige to fly out to left to end the threat.

Lion pitching held the Wolfpack offense to one hit in the game. Starter Tyler Jones pitched 4.2 innings allowing three runs (0 earned) on one hit, struck out five and walked three. Winning pitcher Landon Meadows allowed one run (0 earned) over one inning, striking out one, walking two and giving up no hits. Odom earned the save (0R, 0H, 0K, 1BB) in 1.1 innings of work. 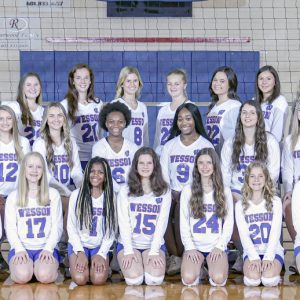 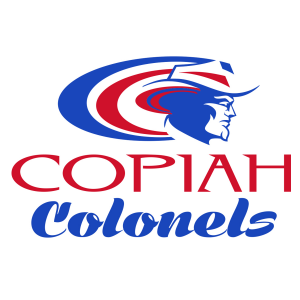 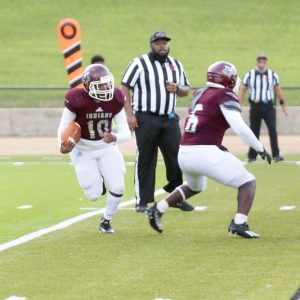