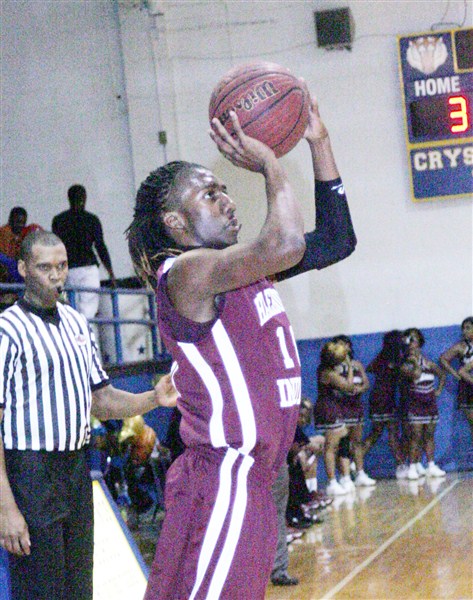 UPDATE:
Hazlehurst basketball struggled to produce wins in the opening few weeks of the season, as the Indians faced 5A and 6A schools out of the Jackson area and lost nearly every game.  The Indians, however, regrouped after Christmas and began a run through the Region 7-3A slate that saw them earn a second place regular season finish.
By virtue of that accomplishment, the Indians earned a high seed in the 7-3A tournament and won it last Friday night.  Winning the tourney allowed the Indians to host an opening round 3A state tournament game on Tuesday night.  Hazlehurst responded with a 60-53 win over McLaurin.
On Thursday, the Indians knocked off Choctaw Central 59-56 at host site Forest, earning a shot at the Bearcats on Friday night.
Forest, however, proved to be too much for the Indians (9-14) and defeated Hazlehurst 61-54, ending the Indians’ dream of playing in the Big House in Jackson for the state 3A title.  The Bearcats will play Pass Christian in the south 3A title game tonight.  Both teams will play in the state tournament next week at the Coliseum.  From the north side will be Booneville and Velma Jackson, who play tonight to determine the top seed from that side of the bracket.

THURSDAY
The Hazlehurst Indians plodded forward in the State 3A tournament on Thursday night, securing a 59-56 win over Choctaw Central at host site Forest.  The Indians will face Forest, 72-58 winners over Collins on Thursday, tonight at 7:30.
The winner of tonight’s game plays for the south 3A championship tomorrow night at 7:00.  In the other semi-final game today, Pass Christian and Morton tip off at 6:00 p.m.