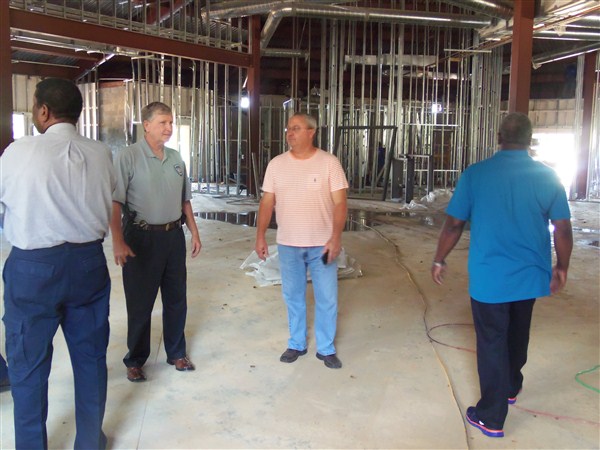 The Copiah County Board of Supervisors approved almost three million dollars in claims for the month of June during their regular recess meeting held on July 10.
The claims totaling $2,900,707.99 included departmental budget allocations and payments related to the two major building projects that are underway in the county.
Budget Allocations
The board approved the following departmental allocations: Sheriff’s Office Administration in the amount of $382,218.50; Custody of Prisoners in the amount of $239,323; Tax Collector in the amount of $68,129 and Tax Collector $68,129 and Tax Assessor $75,800.
Other expenditures included payments to MacMillan-Pitts in the amount of $253,781.76 and Steve Cox, Cox Architect, in the amount of $3,033.75 both are for construction related to building the new FEMA Building and administering the projects. The county will be reimbursed for the majority of the payments maid for the new buildings.

Immediately after the meeting, the board visited the new detention center and FEMA building to do a walk-through inspect and progress check.
After months of removing bad soil and replacing it with proper soil, the frame for the new detention center is going up this week.
The FEMA building is further along. The outer structure of the building is in place. The interior wiring work is underway.
Both buildings scheduled for completion in 2014.
The board adjourned until August 5, 2013.