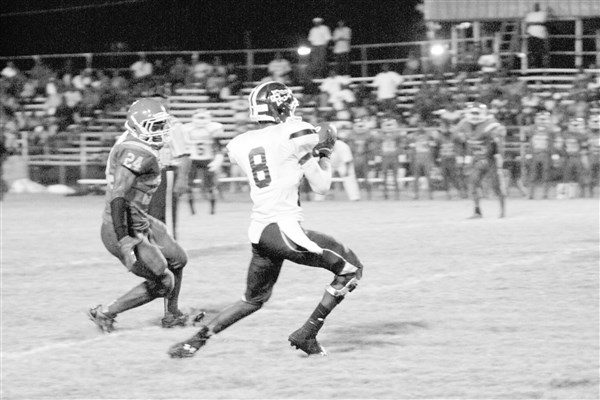 This past Friday night’s contest between second-ranked and undefeated Hazlehurst and the 0-2 South Delta Bulldogs might have been closer than most Indian fans would have liked. Hazlehurst’s offense started slow  The Indians trailed 6-0 after one period, led 14-6 at the half, then added 12 more points in the final three quarters to win 26-6.

Hazlehurst, 3-0, will celebrate homecoming this Friday night.  A variety of activities will be kicked off by the annual parade through town at 5:00.  The homecoming court will be presented before the contest with East Marion, which kicks off at 7 p.m.

For the rest of the story, find a Copiah County Courier — on sale everywhere!