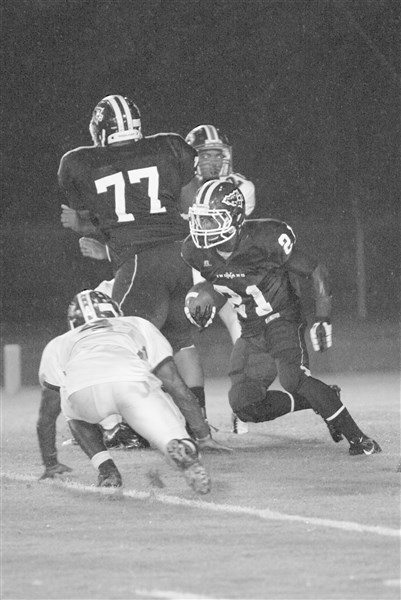 BY VALARIE BANKS
The homecoming ceremonies for Hazlehurst High School were delayed for a while on Friday night as a thunderstorm moved into the area.  The weather pushed the game between the Indians and the East Marion Eagles back, but couldn’t drench the enthusiasm of the Indian faithful.  And, Hazlehurst came away with a 14-0 victory.

See more of the homecoming game in the Copiah County Courier.