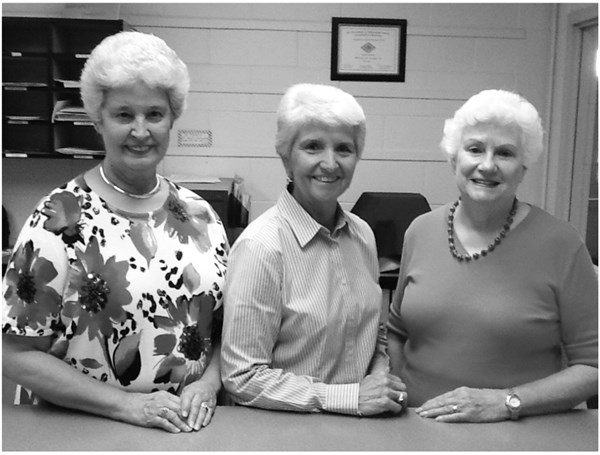 In an attempt to preserve their historical records, members of Cherokee Rose Chapter, Hazlehurst, MS, appointed an ad hoc committee charged with the task of digitizing all of the chapter’s minutes from its charter in 1949 to the present.  It is a testimony to the diligence of past chapter secretaries that none of the minutes had been lost or destroyed and to Covington Memorial Library for allowing the chapter to archive the minutes in the genealogical library.

Once the minutes had been entered into computers, flash drives were produced.  Copies will be maintained by the chapter and also presented to the library for use by persons doing genealogical research.  The original copies of the minutes will remain in the library archives.

It is the hope of the chapter to not only save the minutes for their historical value but to also make this valuable information available to the public through the library system.