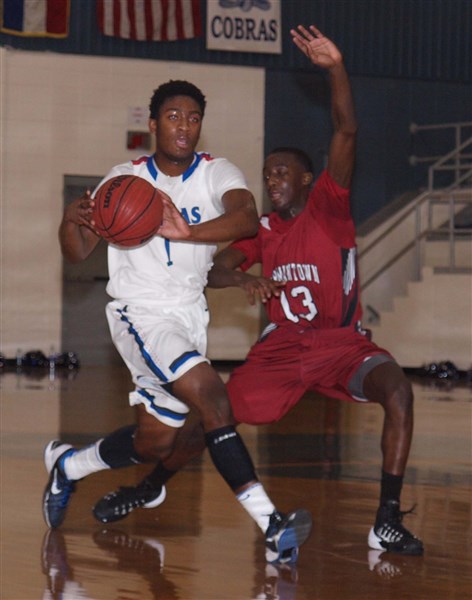 On December 16th, the Cobras traveled to Lawrence County to end a two game losing streak. Their hopes of doing so did not look too bright after the Cougars jumped to a big 22-12 lead at the end of the first. Wesson did not give up, however, so quickly. Wesson bounced back in the second quarter by stepping their defense up and outscoring their opponents in the second stanza, 24-9. Wesson would take a 36-31 lead at the half. The third quarter was even between the two, with offenses that executed. The score going into the last quarter had Wesson on top 52-46. Lawrence County tried to mount a comeback in the fourth quarter, but it was just 2 points shy, as Wesson would end their losing streak, winning 67-65.

Dartavious Dixon led the Cobras in just about everything with 19 points, 10 rebounds, and 6 assists. Marquis Lofton contributed 15 points, 8 steals, and 6 assists. Tyler Christmas also had 12 points and 5 rebounds. Other Cobra points came from Anthony Jones with 11, Mack Smith with 5, and Tanner Allen with 5.

To keep the winning going, Wesson would have to travel to Florence last Friday to take on the McLaurin Tigers. They did so, and won by making a statement on the road. McLaurin came out of the first quarter blow-for-blow with the Cobras, ending the first quarter in a 19-19 tie. But then Wesson got hot, and outscored the Tigers 30-11 in the second quarter, taking a 49-30 lead to halftime. Wesson slowed the scoring down in the second half, but managed to come away with an 83-64 victory.

Mack Smith recorded his first double-double of the season with 16 points and 12 rebounds. However, Anthony Jones led the Cobras in scoring with 18 points. Dartavious Dixon had 17 points of his own, along with 4 steals. The other Cobra points came from Tyler Christmas with 10, Marquis Lofton and Farrod Green with 7, Tanner Allen with 4, and Nick Lewis and Eric Rhymes both had 2 points each.

Wesson is now 8-4 and have yet to play a district game. They will next be in action at the Dexter Holiday Tournament on January 2nd, 3rd, and 4th.