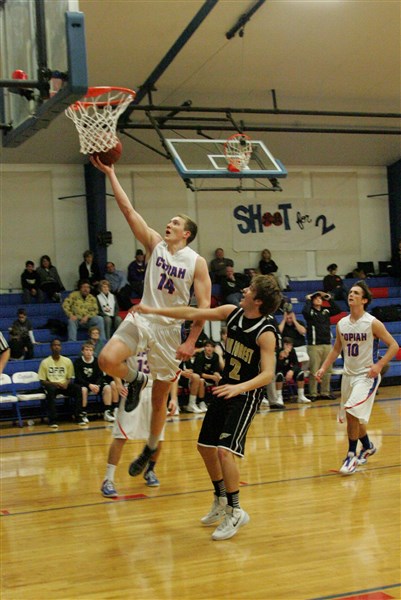 Copiah was the most unlikely team to be in first place in the MAIS AAA standings at Christmas break. Going into last week, two teams were looking to knock the Colonels of their throne. The first was the Oak Forest Yellow Jackets, who have already lost to Copiah, and in a big way. The Yellow Jackets, however, came to play, and proved it by only being down by one at the end of the first quarter in their own gym, 11-10. Copiah then put the petal to the medal, going on a 25-9 run throughout the second quarter, taking a 36-19 lead to halftime. The Colonels kept hammering down on Oak Forest, but faced some resistance. Oak Forest outscored the Colonels in the third quarter 19-16, making the Colonel lead 52-38. In the fourth quarter, the scoring was equal on both sides, both teams adding 21 points on the scoreboard. Copiah would leave Amite, LA with a 73-59 victory.

Dominic Gilbert led the Colonels in scoring with 24 points. Gilbert also had 5 assists and 4 steals. Syrshawn Fitch had his best game so far with 20 points and 4 assists. James Andrews contributed his usual double-double with 12 points and 14 rebounds. The rest of the Colonel points came from Justin Morris and Dale Stratton with 6 points each, Zane Frasier with 3 points, and Palmer Lea with 2 points.

The Colonels then turn around and hosted the second team trying to end their run, Columbia. Much hype had built up to this game, seeing that the two coaches, Coach Henry Gantz for Copiah and Coach Dale Watts from Columbia, don’t see eye-to-eye on everything. Copiah came out and took care of business, outscoring the Cougars in every quarter. They took a quick 25-20 lead at the end of the first quarter, and then extended their lead to 43-32. Copiah built their lead even more in the third quarter, extending the lead to 57-42. Copiah then closed out the game on a 17-12 run, making the final score 74-54.

Although James Andrews did not record yet another double-double, he did lead the Colonels with 21 points and 9 rebounds. Syrshawn Fitch was playing very well, scoring 16 points and recording 6 assists. Zane Frazier was lighting it up from downtown with 16 points, shooting four for seven on three point shots. Other Copiah scorers were Dominic Gilbert with 9 points, Dale Stratton with 7 points, and Justin Morris with 5 points.

“Being 6-0 in AAA was never a goal of ours,” says Coach Gants, “but it certainly helps us reach our ultimate goal. The boys are taking the court expecting to win, and that in itself speaks for our confidence level.” When Gantz was asked about the Simpson Christmas Tourney, he had this to say, “We will approach the remainder of our schedule the same way we have to get us to the point – one game at a time.”

Copiah is now 6-7 and 6-0 in the MAIS South AAA. The Colonels will play next in the Simpson Christmas Tournament on December 27th against Columbia, the team they last played. If the Colonels win round one, they will face the winner of Leake and Hillcrest on December 28th. The Simpson Tourney Championship will be played on Monday, December 30th.