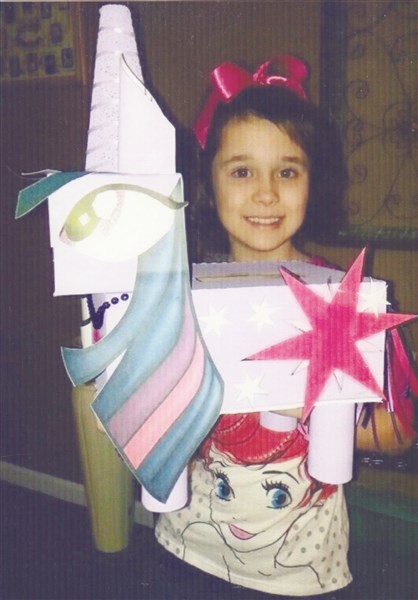 Elizabeth Belle Luper Williamson recently won “Most Creative” with her rendition of Twilight Sparkle from the My Little Pony series. Her Girl Scouts of Southern Alabama Troop #9423 worked very hard to create their very own special Valentine box at their last troop meeting. After all the boxes were judged, Elizabeth was the winner! The eight-year-old Brownie’s parents are Lacy Luper-Messer, formerly of Gallman and Brian Messer, her step-father, of Geneva, AL. She is also the only granddaughter of