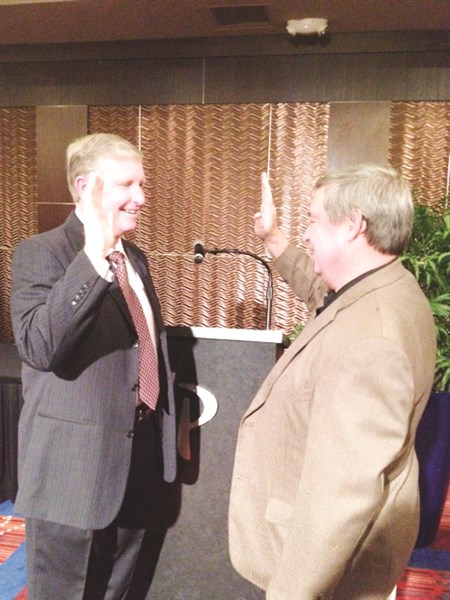 Harold Jones, Copiah County Sheriff, was elected president of the Mississippi Sheriffs’ Association, MSA, on Wednesday, June 4, 2014 during the MSA summer convention for the association.

According to Sheriff Jones, he chose the Honorable Judge Lamar Pickard, 22nd Circuit Court, to conduct the swearing in ceremony. The actual ceremony took place during the banquet held at the Imperial Palace Hotel  located in Biloxi.

“I will be responsible for working closely with sheriffs and the MSA’s executive director to move the organization forward.  That will include making committee appoints, convening the summer and winter conferences and directing the legislative agenda for the association,” stated Sherrif Jones.