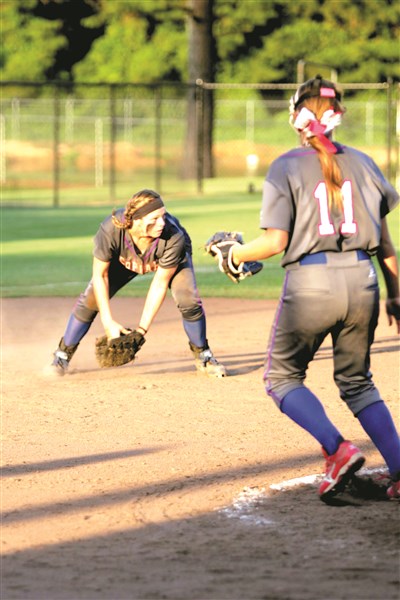 CROCKETT ACTION SHOTS EASY DOES IT – Copiah third baseman Kelly Byrd (left) fields a grounder, looks a runner back to second base, then throws to first for an out in the Lady Colonels’ 7-0 win over Central Hinds on Monday. Copiah got a complete game from pitcher Lindsey Walker (11) to start the season.

The 2014 high school sports season got underway on Monday night at Copiah Academy, where the Lady Colonel fastpitch squad won 7-0 over the Central Hinds Lady Cougars.

The Colonels got on the board in the bottom of the first, plating two runs.  Kamryn Vanlandingham tripled to start the inning, then scored on Kelly Byrd’s single.  Byrd advanced to third, then scored on a passed ball.