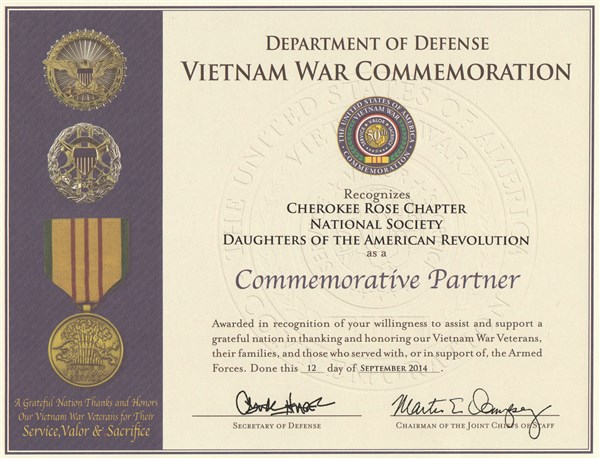 Cherokee Rose Chapter, National Society Daughters of the American Revolution, has been named a Vietnam Commemorative Partner by the Department of Defense Office of Commemorations. This designation represents support for those brave men and women who fought in the Vietnam War, which began on August 7, 1964, and the desire of the Chapter to honor them.

During this fiftieth anniversary year of the war, Cherokee Rose will endeavor to recognize and honor as many Vietnam veterans as possible. The first such tribute will be made at the Veterans’ Day activities at the courthouse on Nov. 11 at 11:00, at which time a special commemorative flag will be dedicated.

Vietnam veterans are encouraged and welcomed to attend this event and others which will be sponsored by the Chapter.