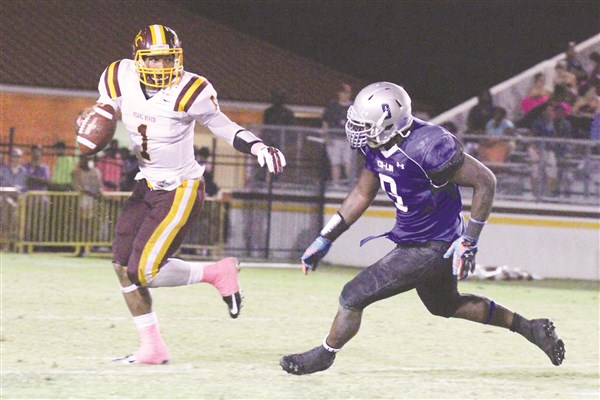 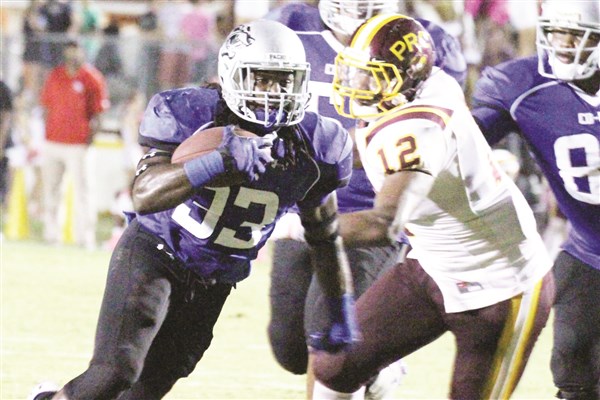 GOING AROUND – Co-Lin running back Josh Bates (33) gets away from Pearl River defensive end Alvonte Bell (12). The running back provided the final Co-Lin score of the night when he powered in for a 9-yard rushing TD with 1:55 remaining in the third quarter.

WESSON – The Copiah-Lincoln defense flexed their muscle on Thursday night in Poplarville as they slowed a high powered Pearl River offense in a convincing 20-9 Wolfpack win over the Wildcats.