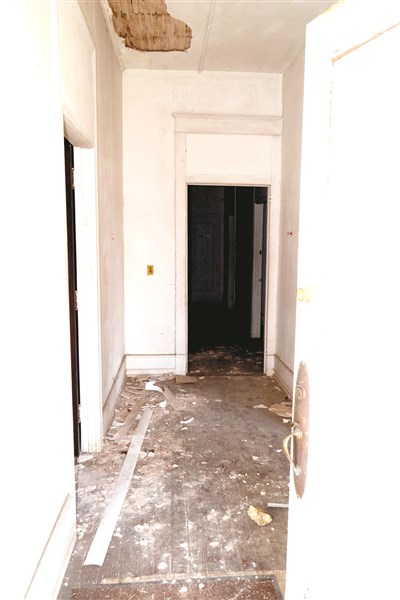 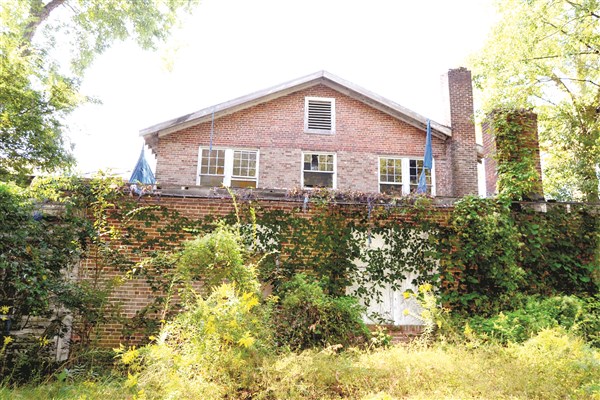 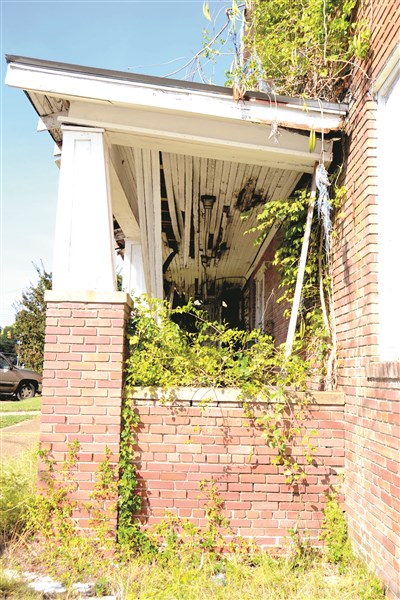 Like many of you, I drive by it a least a dozen times each day.    For as long as I can remember,  Mother Nature took it over a long time ago.  The shreds of the $200 blue roof patch job done on it, firstly, a few years ago, and as recently a few months ago, now litter a portion of Green Street’s business district.  Shards of glass from its broken windows cover the access ways around the structure.  Boards jut out from the ceiling on the front porch like the teeth of a wooden monster.  For all intents and purposes, the sides and back of the building have become ‘green spaces’ covered with vines and woody plants which are practically holding up at least two sides of the structure.  Not one part of it inside or outside seems useful at all.

The old Millsaps Hotel is a highly embarrassing eyesore for downtown Hazlehurst–where festivals are held, where people come to watch parades, where trade is done in local established businesses day in and day out, where out-of-towners pass through en route to pick up family and friends as they embark off Amtrak and where tourists come to experience the Blues, the historic Depot and the recently launched Mississippi Music Museum.  In any other locale in the state of Mississippi, the town would have declared it a public nuisance and a danger to public health and had it bulldozed to the ground a long time ago.  But not here.  Instead, it gets honored as historical landmark.

The crumbled shell of the hotel, which has received a historical designation from the state, is now in the hands of the Calling Panther Foundation, who was awarded a $176,000 grant from the Mississippi Department of Archives and History to put a new roof on the building.  MDAH is expected to kick in up to $1.4 million to it into a cultural arts center.

Daphine Foster, who serves on the board of the Calling Panther Foundation, reported at a recent meeting of the Copiah County Board of Supervisors that a good bit of work had been done on the inside of the building and next will come work on the roof.  The Foundation also received approval from the  supervisors for $20,000 and $44,000 from the city of Hazlehurst in matching funds.

As many times as I drive by (and shudder at) that place each day and each week, I’ve yet to recall seeing any work done on it – inside or out.  So, I took my camera over there earlier this week and cautiously waded through the hazards to snap a few photos of the ‘work’ being done.  All I found was some old carpet piled up out back for so long that the vines and weeds growing over it told the story of how recently the carpet was removed.  Perhaps I just didn’t go into the building far enough to see what work had been done.  I was too afraid of falling through the rotted floor to go farther than the door opening.

At a projected cost of $1.4 million of taxpayers money, and no apparent progress being made on this 5 year project, does this seem like the right thing to do in this day and age?  What architectural value does the hotel have?  Who will decide who will be using it if it is ever completed?  How long will the return-on-investment for taxpayers take?

The main question to me is, why even fool with it?