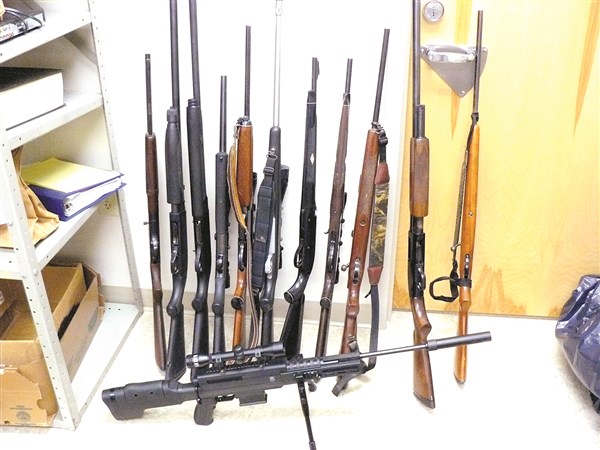 LOADED FOR BEAR? – These stolen rifles and shotguns were located by investigators for the Copiah County Sheriff’s Office late last week after a warrant was served at the home of convicted felon Cammie Smith. Smith was arrested on Friday morning and charged with several counts of burglary, possession of stolen property and related firearms charges. The weapons above had been reported stolen over the past several weeks

Investigators from the Copiah County Sheriff’s Office have made an arrest that solved a home burglary over the past few days.