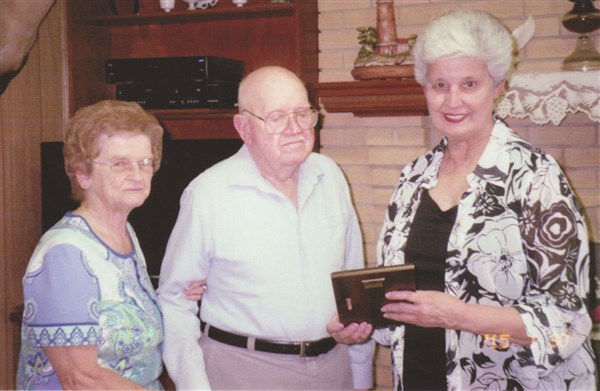 At its June 21st meeting Cherokee Rose Chapter, NSDAR, voted unanimously to recognize William Melvin Amos for his participation in the invasion of Normandy during WWII and to congratulate him upon his receiving the French Medal of Honor.

Amos was 17 years old when, in his first battle, he was one of thousands of brave Americans who stormed the beaches of Normandy during the liberation of France.  Now 88, he still recalls the horrific loss of life, the bodies washing up on the shore, and being pinned down by enemy fire.  When asked if he was afraid he said, “You would have had to be crazy not to be scared.”

To Melvin Amos and all other veterans of any war, America owes an immeasurable debt of gratitute.  Cherokee Rose says, “Thank you!!”