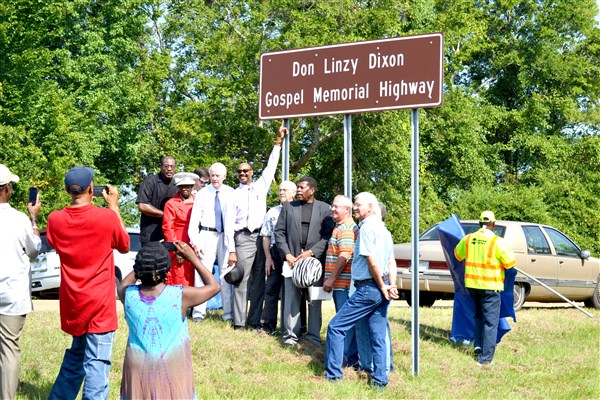 OFFICIALS HONOR LATE GOSPEL SINGER – Family members of the late Don Linzy Dixon pose for photos with elected officials at the unveiling of the new sign on Hwy. 27 north in Georgetown on Thursday. Dixon, who grew up in the area, became the front man for the Dixon Singers and was killed in a robbery in Jackson 35 years ago. A documentary film about Dixon’s life has been completed and is being shown at the Mississippi Music Museum at the old depot in downtown Hazlehurst from 10 a.m. to 2 p.m.