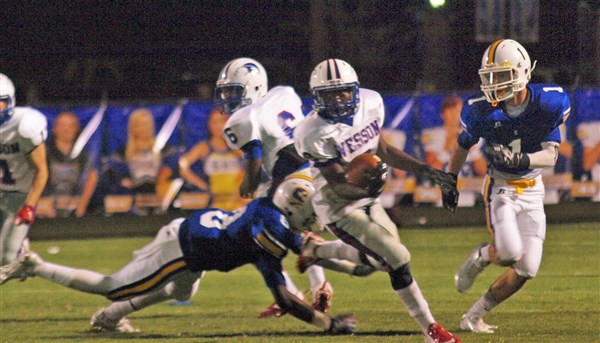 SLIPPING AWAY – Wesson ball carrier Cornelius Barlow (above) slipped a tackle by a Sumrall Bobcat defender during action in Wesson’s road win last Friday night. Barlow accounted for a big a punt return of 65 yards, setting up a Jamarcus Patterson (right) touchdown on the very next play. The Cobras are back at home in Stone Stadium at Co-Lin on Friday night against Bogue Chitto. Game time is set for 7 o’clock. (Photos by Tracy Fischer) 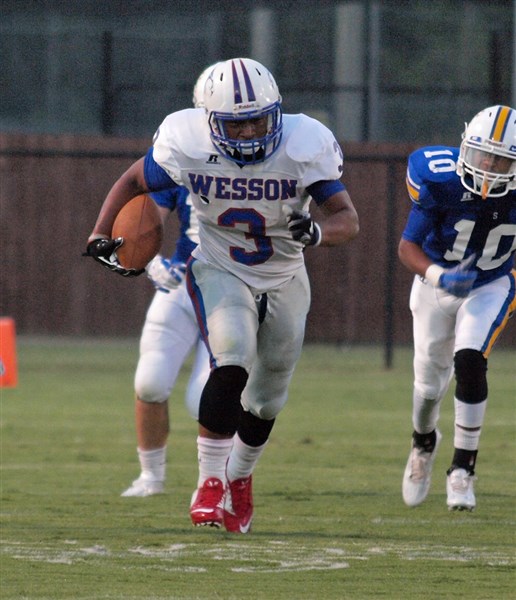 The Wesson Cobras traveled to Sumrall to face the Bobcats Friday night. The Cobras walked away with their first victory this season with a winning score of 26-16 over the Bobcats.

Wesson coach, Ronald Greer, commented after the game, “I thought our defense played well the entire night. Our offense was sluggish in the first half but played much better in the second half.” He continued, “I’m really proud of the guys bouncing back and playing as well as they did in the second half. It was good to win!“

To read the rest of the story about the game, see the Copiah County Courier, on sale throughout Copiah County.