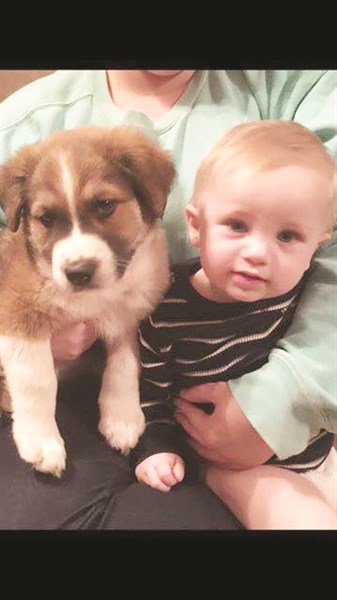 Copiah Animal Shelter puppies, Bernie and Ember, are two of three puppies rescued from under an abandoned house out in the county. Rescuers had to cut a hole in the floor to reach the puppies. The rescuers decided to keep the mama and one of the pups and had them spayed/neutered. CAS Volunteers took these two puppies, along with more animals, to a pet adoption event at the PetSmart Store in Flowood, on a Saturday in November 2015. Seven CAS dogs found their homes that day! Ember found her new home at PetSmart, and Bernie got a new family later that day back at the shelter.

Copiah Animal Shelter (CAS) is a nonprofit, volunteer-based animal welfare group supporting Copiah County, and neighboring communities, since 2011. Your tax deductible donation makes it possible for CAS to shelter and care for lost and homeless animals until they can be placed in loving homes. All CAS animals are vet-checked, dewormed, on flea/tick/heartworm preventative, spayed/neutered and receive age-appropriate shots as part of the adoption process.

In November 2015 alone, CAS had 20 dogs adopted! CAS can only house 2 or 3 cats at a time, and cat adoptions tend to be slower. With the support of volunteers and donors and loving families who adopt, Copiah Animal Shelter has saved the lives of more than 700 animals! CAS also neutered 60 community feral cats with grant funds.