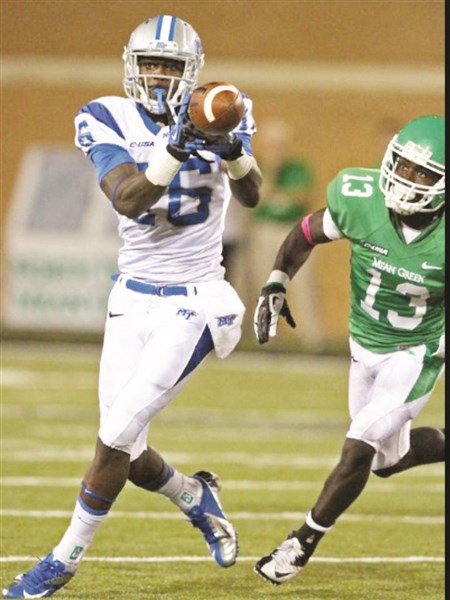 Byram, MS. – Hazlehurst High Alumnus and former Middle Tennessee State University wide receiver Chris Perkins is preparing to head to camp as he was selected in the 25th round of the inaugural draft of the Major League Football League in January. Unlike the National Football League draft, Perkins and other players were selected by the league’s coaches who will be assigned to one of the league’s eight teams.  The MLFB is a publicly traded, professional spring football league which is scheduled to kick off in 2016 and will focus on emerging markets in select U.S. cities.

To see the rest of the story on Chris Perkins and the MLFL, see the Copiah County Courier, on sale throughout Copiah County.