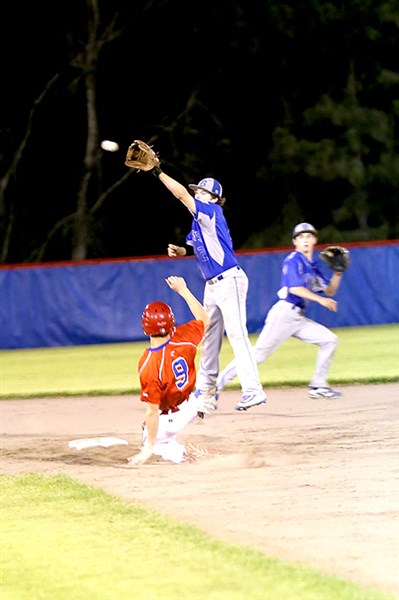 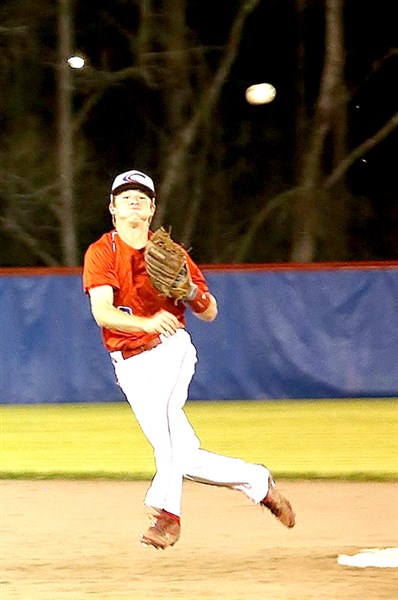 IN BEFORE THE DELUGE – Copiah Academy hosted Brookhaven Academy last Monday night, then turned around and hosted Manchester Academy on Tuesday–the final contest before the bottom fell out over the next three days and cancelled the games for the remainder of the week. Copiah defeated BA 9-6, then dropped a 11-10 decistion to the Mustangs. (Above left) Caston Granger (9) slides safely into second on a steal attempt. At right, Peyton Smith fires across the diamond from shortstop to record an out