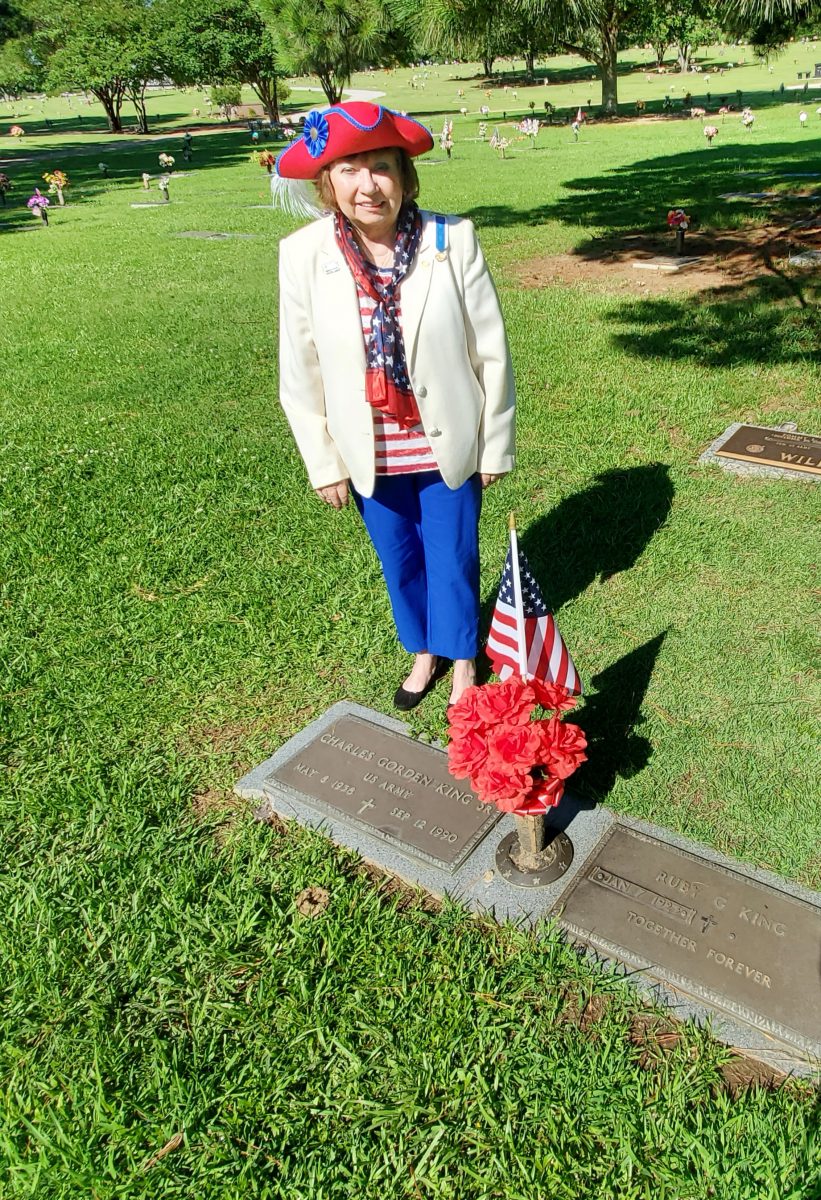 In celebration of Flag Day June 14, Johnnie Lou Johnson Yakstis, Registrar for the Copiah Chapter National Society Daughters of the American Revolution, placed a United States flag and flowers on the grave of Charles Gordon King in the Garden of Honor at Natchez Trace Memorial Park Cemetery in Madison. King was a veteran of the Korean War and the son of Ben Frank King and Clara Belle Martin King, who are buried in the Old Crystal Springs Cemetery. He is also the fourth great-grandson of Daniel Johnson, a Revolutionary War Patriot buried in the Johnson Cemetery outside of Crystal Springs on Blocker Road. Yakstis is a third cousin to King and fourth great-granddaughter of Johnson.