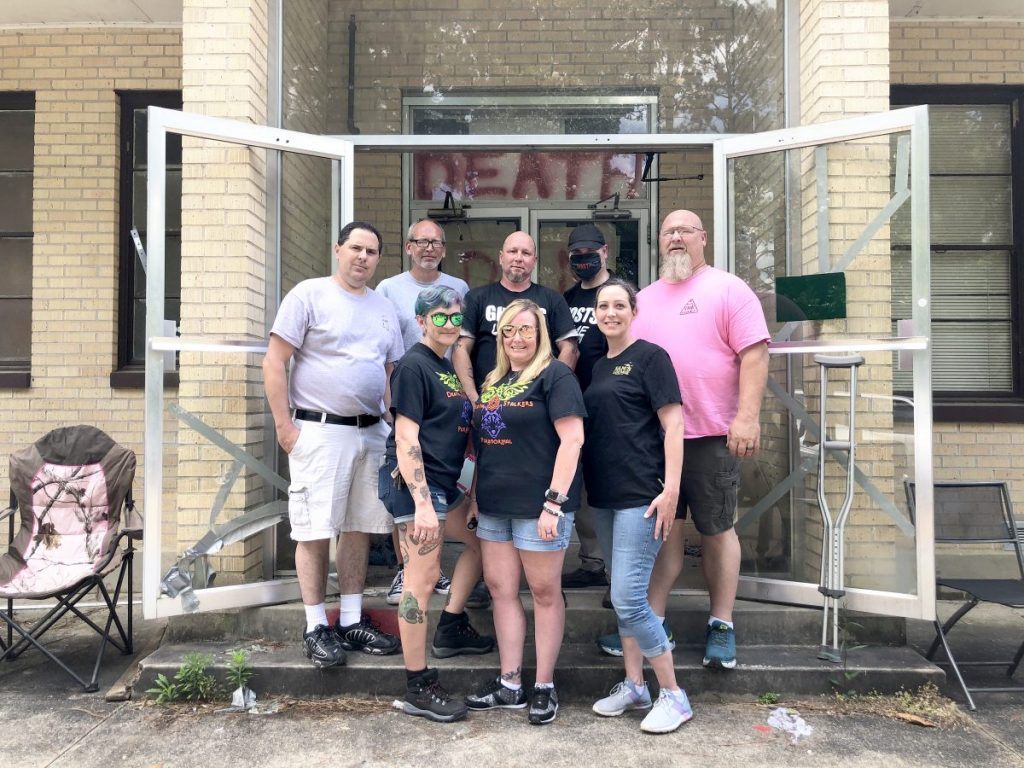 By Tricia Nelson
Three paranormal teams recently came together to investigate the former Hardy Wilson Hospital in Hazlehurst. The Mississippi Paranormal Research Institute, Mississippi Paranormal Society, and Death Stalkers Paranormal were working to determine what, if any, activity could be detected in the hospital, which was built in the 1950s.
Tara Francios contacted Childers after she and some other workers detected odd activity at the hospital last fall, when it was used as a haunted house. Childers, lead investigator of Mississippi Paranormal Research Institute, asked the other groups to join his team in the investigation. Childers stated that each group has its own way of investigating, and he was interested to see what evidence each would collect. He also wanted to show that different groups can come together in unity to work investigations.