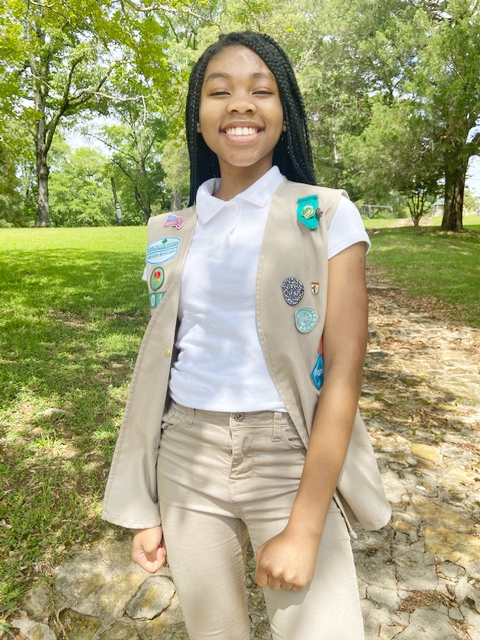 Kylee Kemp, Girl Scout Troop 5012 of Hazlehurst has earned the Girl Scout Gold Award. Earning the Gold Award is a monumental accomplishment and the greatest achievement in Girl Scouting. Kylee’s Gold Award Action Project was entitled “ From Middle School to High School A Scary Ride”.
Kylee has joined an elite group of young women who have distinguished themselves as leaders in their communities and as true change-makers. Kylee’s remarkable vision, go getter spirit,and commitment to making the world a better place makes her living proof of the power a Girl Scout has to make a meaningful difference.
As a member of the Girl Scouts family, we hope Kylee continues to serve as a powerful role model for girls to follow in her footsteps. Kylee is encouraged keep her connection to Girl Scouts alive, be it as a mentor, volunteer, and/or staff member of our organization – and as part of the Girl Scout Network, our community of Girl Scouts alums and supporters around the world who remain dedicated to building the next generation of Girl Scouts.
Kylee is the daughter of Gregg and Tammy Kemp, of Hazlehurst.