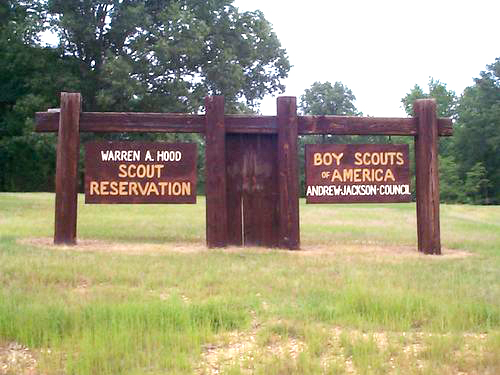 The COVID-19 lockdown during the spring certainly brought some positive changes to families everywhere. Jay Cooke witnessed it firsthand as he saw more and more kids riding bicycles and playing outdoors in his neighborhood. For a minute, it brought him back to his own childhood.
“Kids are outside riding bikes. I see our neighborhood kids all playing in the creek, and it is real play outside like it was when I was growing up,” Cooke said. “The kids have been so regimented in the only play they get is on some type of sports field. It’s been fun to see them go back to what they truly love, which is outdoor play, using their imagination, and having fun.
“I think we should keep some of the lessons we have learned during quarantine and take them with us,” he said. “Scouting can make that happen.”
As the new president of the Andrew Jackson Council, Boy Scouts of America (BSA), Cooke is hoping this renewed love for outdoors will encourage more kids to join scouting this year.
“We are going to push growing our membership and giving the very best of outdoor adventure to every Scout,” Cooke said. “Caves, water, biking, fishing, mountains all of it – the entire world of adventure can be theirs. My major goal is to be sure that kids and parents understand how much we offer them.
“Scouting today is exactly like it was when I was a Scout in 1975. Same values. Same benefits. Same excitement.”
Girls can now participate through “Scouts BSA” in their own gender-specific troops.
The Andrew Jackson Council serves approximately 4,500 boys and girls in a 22-county area with approximately 1,500 adult volunteers.
“There isn’t another outdoor program in the country that provides youth with what we provide them,” said Tony Haines, CEO of the Andrew Jackson Council. “They learn true leadership skills. If you want to be a leader in the community, you start with the Boy Scouts of America.”
Cooke has been involved in local scouting since becoming a Scout in 1971. He was in the Warren A. Hood Class of Eagle Scouts in 1975 and later served as assistant Scoutmaster for Troop 96 (Broadmoor Baptist Church) in the 1980s. Cooke also served for many years as the Scoutmaster for Troop 1 (St. Andrew’s Cathedral and St. James Episcopal Church). During Cooke’s term as Troop 1 Scoutmaster, membership in the troop increased from 20 Scouts to more than 140. The 2018 Class of Eagle Scouts was named in his honor.
Before becoming president, he served as the chairman of the council’s Outdoor Program Committee and as executive vice president. His day job is as a real estate attorney.
“How can any parent look at the world we live in and the lifestyle that so many kids slip into and not recognize the value of Scouting?” Cooke asked.
Mississippi Colleges and universities clearly see the value of Scouting. Attaining the rank of Eagle earns a Scout $6,000 in scholarship to Ole Miss, Mississippi State University, and the University of Southern Mississippi and an impressive $64,000 scholarship to Millsaps College.
Central Mississippi’s Boy Scouts of America council continues to surprise many others around the country with the quality of the camping opportunities at Hood Scout Reservation in Copiah County. It is now one of the best Scout camps in the country, recognized as a Top Ten Scouting camp by both Boy’s Life and Scouting magazines. Since 2011, use of the camp has quadrupled and during the summer, Scouts from Texas to Florida now come there for camp.
“The best part about all of this is that it is affordable,” said Cooke. “A week at summer camp at Hood Scout Reservation costs $300. Compare that with the $5,000 cost at similarly equipped private camps.”
The BSA is the largest youth-serving organization in the United States, with more than 2.4 million youth participants and nearly one million adult volunteers. The BSA was founded in 1910 and since then, more than 110 million Americans have been participants in BSA programs. However, with all that success comes problems. “Where there are that many kids there will be monsters. Scouting has attracted some monsters.” That said, no other youth organization in the world is safer for kids and offers better “Best of Class” youth protection training than the Boy Scouts of America.
The Scouting program aims to develop character, citizenship, personal fitness, and leadership.
The methods for accomplishing those aims include joining a Cub Scout Pack or a Scouts BSA Troop, being mentored by trained adult volunteer leaders, gaining confidence by mastering outdoor skills and going through the advancement program, and obtaining personal growth by living out the ideals of the Scout Oath and Scout Law. Cub Scout programs start early in elementary school. Kids can join the traditional scouting program when they turn 11 or reach fifth grade. Troops typically meet once a week and camp once a month.
The Scout oath, taken by every scout, requires Duty to God, Duty to Country, Duty to Others, and Duty to Self. The BSA’s goal is to train youth in responsible citizenship, character development and self-reliance through participation in a wide range of outdoor activities, educational programs, and, at older age levels, career-oriented programs in partnership with community organizations. The Scouting method instills typical Scouting values such as trustworthiness, good citizenship, and outdoors skills through a variety of activities such as camping, aquatics, and hiking.
The BSA operates traditional Scouting by chartering local organizations, “charter partners” such as churches, clubs, civic associations, or educational organizations,

to implement the Scouting program for youth within their communities. Units (Cub Scout Packs, Scouts BSA Troops, and Venture Crews) are led and advised by volunteers selected and appointed by the chartering organization, who are supported by local councils using both paid professional Scouters and volunteers. These local charter partners decide membership standards which determines who gets to participate in their sponsored program. No blanket national rule forces charter partners to do something it fears or is not compatible with its mission.
“So here’s my sales pitch,” Cooke said. “I want everybody who reads this to get their kids into Scouting this fall. We live in a world where 10-year old ‘travel baseball’ is a thing. Give these kids a chance to be kids. Try something that is proven and fun and give them something besides the five-practices-a-week grind. Many, many kids will find time to do both.
“I challenge every parent to read about the therapeutic benefits these kids will get by being in nature and not just on a sports field. It reduces stress. It improves cognitive performance. It’s fun. It will give them all the benefits of 110 years of Scouting and inspire them to actively participate in the world outside and to become secure, self-reliant young adults.”
To join Scouting, visit www.bsa-jackson.org or www.beascout.org, or call 601-948-6111. 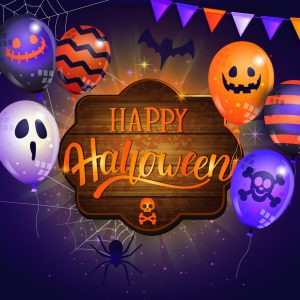 Drive-through Trunk or Treat being planned for Hazlehurst