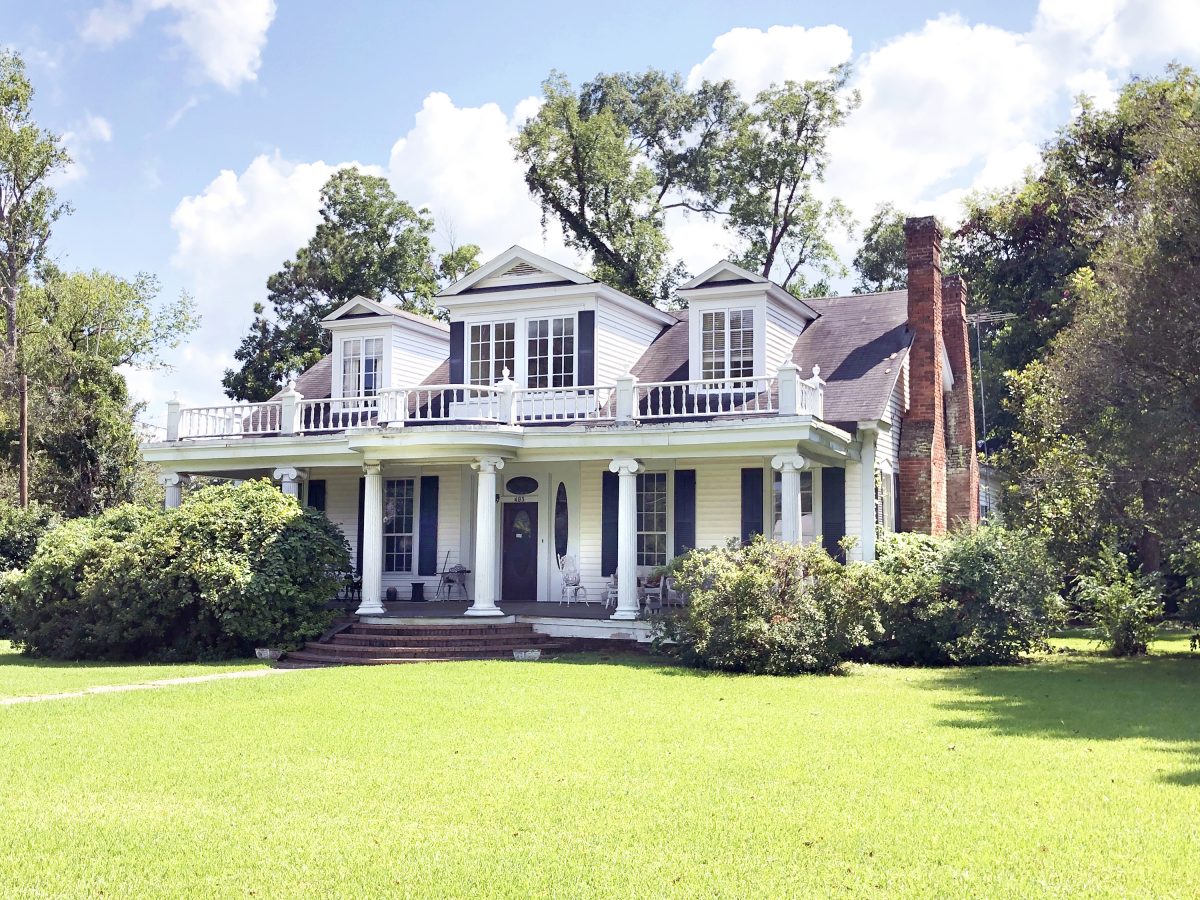 Julius Lieb Lotterhos Sr. bought this house on Georgetown Street in Crystal Springs in 1912. It was originally in the Greek Revival style of architecture but at some point was remodeled to the beautiful house it is today.

By Tricia Nelson
Julius Lieb Lotterhos Sr. was a renaissance man. This is according to his grandson, Julius “Lieb” Lotterhos III, who paid a visit to Crystal Springs this past week along with his wife, Janice, and daughter, Erika. They live in Florida now but were in town for a funeral service and decided to stay a few days to explore Crystal Springs and the surrounding area. They stayed at the Wisteria Inn, a fitting place considering it was built by his ancestors.
Much is known about Julius Sr.’s father, Augustus, and his brother, Frederic “Fritz”, but very little was known about him until now. Lieb and his family were able to fill in several bits of missing information about the family.