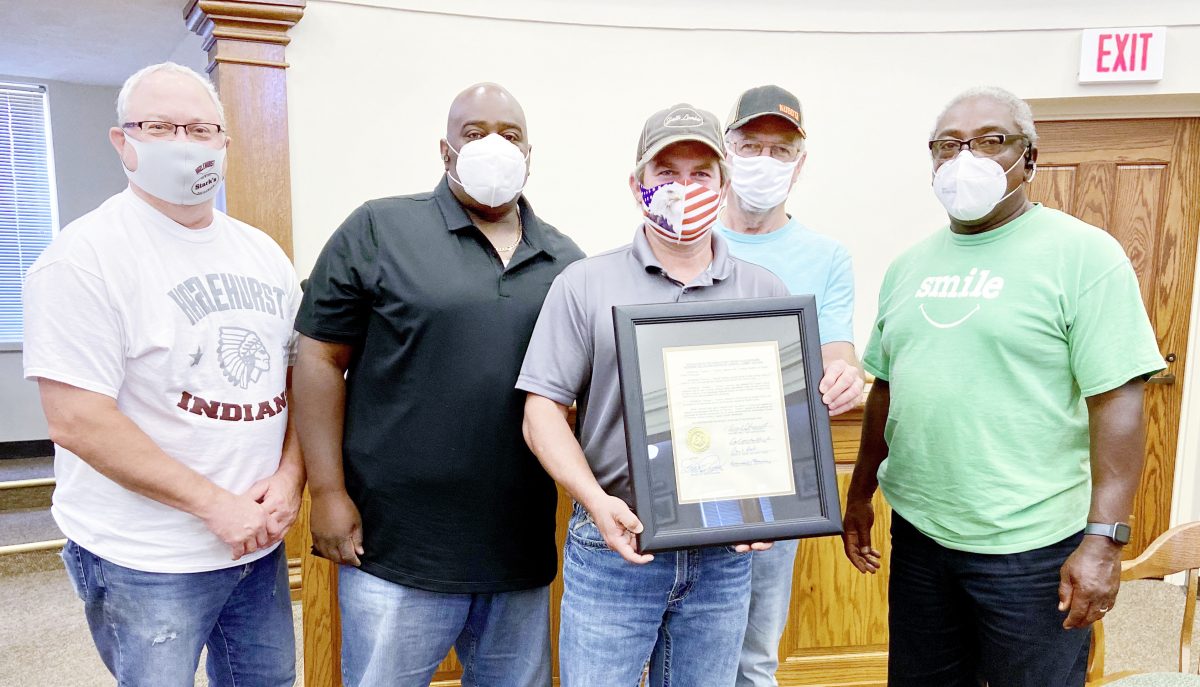 All five supervisors were present for the August 19 meeting of the Copiah County Board of Supervisors. Supervisors immediately dealt with an unsafe situation at the Copiah County Airport. Damage to an 80-foot hangar door during customary operation caused an alarming safety risk and an equally distressing security risk, as one plane was trapped inside, and equipment therein is subject to theft and vandalism. A shutdown in airport operations could result. Contributing to the discussion were Gerald Delaney, insurance representative; Mike Corkern, airport engineer; and Elise Munn, board attorney. Supervisors agreed to declare an emergency. Insurance will cover the cost of removal of the damaged door and installation of a new door, with funds from the CARES Act covering the deductible.
Airport engineer manager Mike Corkern pointed out trees along the runway have grown enough to threaten a hazard to incoming planes. Supervisors directed him to make a recommendation based on his findings at next meeting.
A private landowner has installed locking gates across a public road. Hamilton Road, off Ashley Road, was built by the county years ago. Several landowners now lack access to their property and seek redress from the board. Appropriate action was authorized.