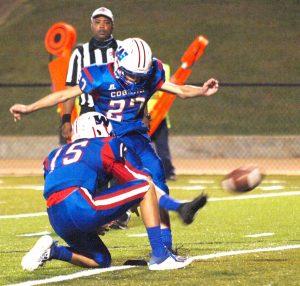 Kicker Preston Lee (#27) attempts a field goal for the Wesson Cobras in the Sept. 25 game against Lawrence County. Will Loy (#15) held the ball. (Photo by Tracy Fischer)

By Rusty Newman
The Wesson Cobras played host to the Lawrence County Cougars Friday at Co-Lin’s Stone Stadium in Wesson for a non-conference matchup. The Cobras had a repeat of the previous Friday night when they hosted Hazlehurst. The Cobras were up 27-0 against Hazlehurst and lost it 30-27. The same thing happened against Lawrence County; Wesson jumped out and scored 20 points quickly and took a 20-0 lead, but Lawrence County came back on top and won 36-27.
The Cobras took the field Friday night pumped up and ready to go. They received the ball and wasted no time to score as Will Loy connected with senior Jason Edwards for a 51-yard touchdown. The extra point was good, and the Cobras quickly led 7-0.
After the Cobra defense held, the Cobras went back to work as Loy connected with Antrelle Sims this time for 67-yards and a touchdown. The extra point was no good, and the Cobras were up 13-0.
After a few back-and-forth possessions, the Cobras went back to work offensively. They had a balanced run-and-pass attack to get them deep down into Cougar territory, and then Loy found tight end Cody Munn for a 2-yard touchdown reception. The extra point was good, and the Cobras were up 20-0 and took that lead into the half.
The second half is what killed the Cobras last week, and it appeared to be the same this week. Lawrence County received the ball after halftime and finally got their rushing game going. They scored 21 straight points with their misdirection wing-T running game and took the lead 21-20.
But on the next kickoff, the Cobras answered back as senior athlete and Gulf Coast Community College commit Antrelle Sims took the kickoff 85-yards for a touchdown. The extra point was good, and the Cobras were back up 27-21 as they tried not to let a repeat of last week happen. 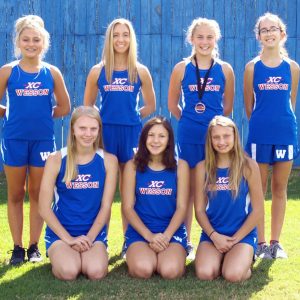 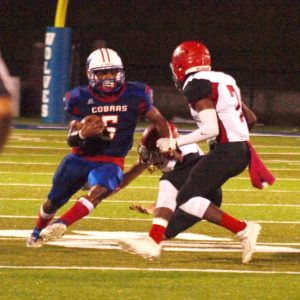 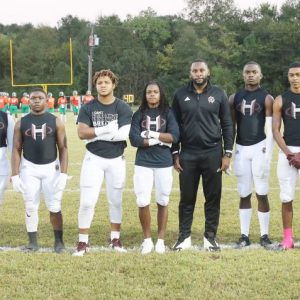