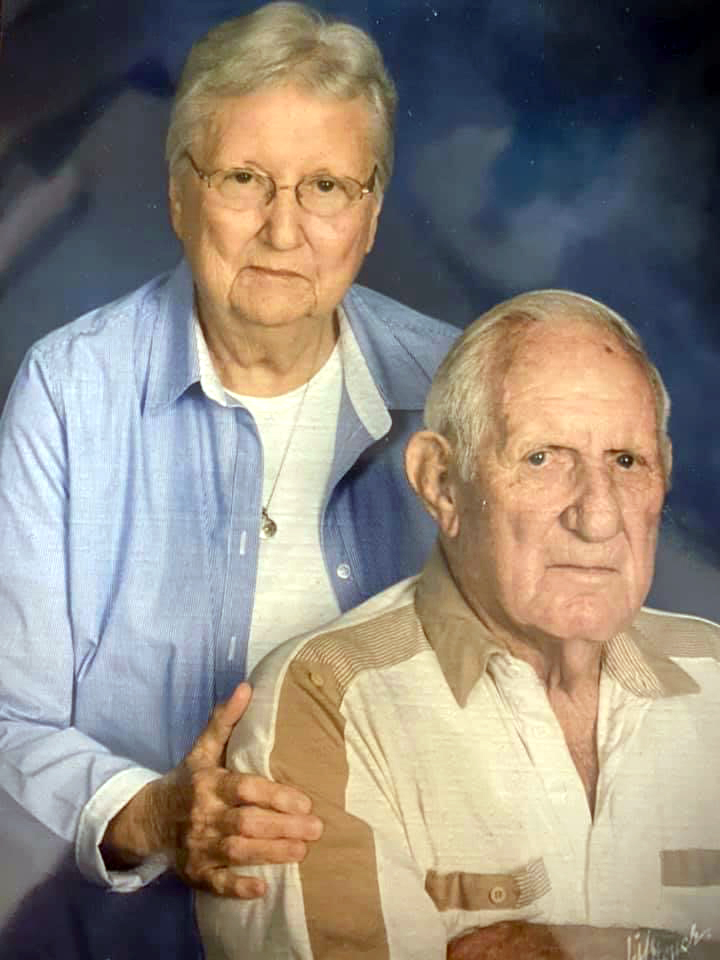 John T. (Tommy), 91, and Elizabeth Ann Walker, 90, of Crystal Springs, went to be with the Lord on Oct. 16, 2020. Both Tommy and Ann were active members of New Zion Baptist Church in Crystal Springs.
Tommy was born to parents Thomas Erastus Walker and Allie Brown Thomas on Nov. 18, 1928, in Crystal Springs. Ann was born to parents Robert Monroe Thornton and Vida Viola Ware on March 25, 1929. Tommy and Ann were preceded in death by their parents; son, Billy Walker; and Ann’s sister, Alene Clegg. They are survived by their daughter, Kathy Ann Hobson; Tommy’s brother, Dixie Walker; Tommy’s sister, Janet Walker; Ann’s sister, Jeanette Jones; Ann’s brother, Carl Thornton; along with numerous grandchildren and great-grandchildren.
After a brief courtship, Tommy and Ann fell in love and were married in the Chapel of First Baptist Church in Jackson on Sept. 10, 1949. Together for 71 years, they lived across the Midwest while Tommy served in the Armed Forces. He joined the U.S. Marine Corps at the age of 17 and was sent to China through the end of World War II; he was discharged in 1948. In 1949, Tommy joined the Crystal Springs National Guard and, in 1950, was activated during the Korean War. After discharge, he went to work full time for the Air National Guard as a military policeman and was soon active duty as a military policeman for the U.S. Air Force. He served 13 months of that tour in Korea as an investigator before being discharged from active duty in the early 1960s. Tommy was a member of the Crystal Springs Masonic Lodge and a Shriner in Jackson.
Following his military service, Tommy returned to Mississippi, where he served as a police officer in Crystal Springs and as a deputy sheriff for Copiah County, while Ann stayed home as a housewife raising Billy and Kathy. Later, Ann worked in the shirt factory before Tommy transitioned to become an alcohol beverage control agent for the State of Mississippi. In April 1975, Tommy and Ann moved to Blue Springs, Mo., where he began a career with the Kansas City Southern Railroad, while Ann worked as a legal assistant for a local law firm. In the early 90s, Tommy retired from the railroad, and they moved to Crossville, Tenn., where he worked for the Tennessee Vegetable Company. In 1995, they returned to Crystal Springs, where they resided on Dry Grove Road. In the last few years, Ann grew in her love for the Lord. She faithfully attended New Zion Baptist Church, where she participated in Bible studies and soaking in the Word of God. Above all, Ann loved her family and devoted her life to serving and sacrificing for not just Tommy, but her brother and sister, Kathy, and numerous grandchildren.
Funeral services will be held at 10 a.m. Saturday, Oct. 24 at New Zion Baptist Church, with Bro. Webb Armstrong officiating. In line with the current COVID guidelines, the immediate family has asked to forgo the funeral visitation and receiving line after the service. A private interment will be held on a later date at New Zion Cemetery.
In lieu of flowers, donations can be made to either the New Zion Baptist Church Building Fund or the New Zion Cemetery Fund, 12023 New Zion Rd., Crystal Springs, MS 39059. Please specify on your check as to the Building or Cemetery Fund.