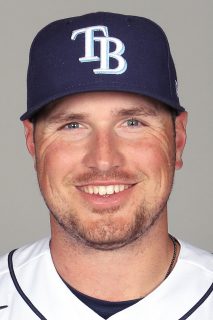 Copiah County baseball fans have reason to be proud this week because one of our own is playing in the World Series. Hunter Renfroe, a native of Crystal Springs, is playing for the Tampa Bay Rays as they seek baseball’s top accolade.

The Rays are playing the Los Angeles Dodgers, and the series is tied at 1-1 going into the third game today at Globe Life Field in Arlington, Texas. The game is set to begin at 7 p.m. on Fox. Because of COVID-19 precautions, the series is being played at a neutral location.

Renfroe was a first-round draft pick for the San Diego Padres in 2013 and was traded to the Rays in December.

He is married to the former Courtney Beach, also of Crystal Springs.