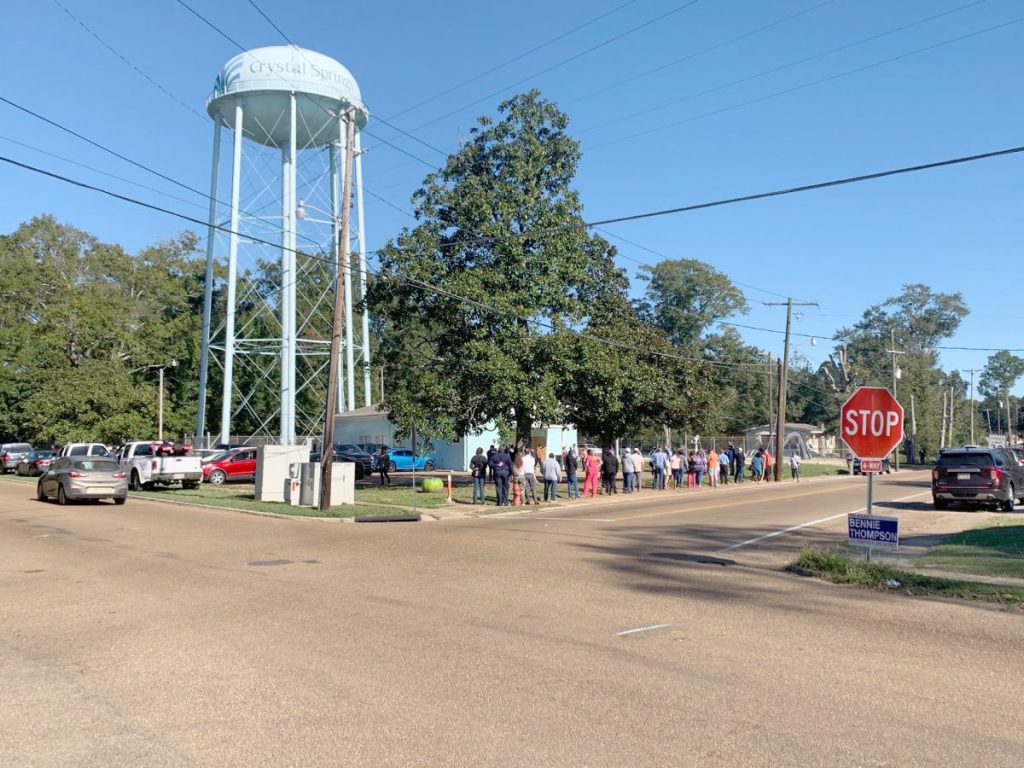 Lines at the precinct – Long lines faced voters at several precinct locations around the county during yesterday’s presidential election. A combination of higher than usual voter turnout and the need for sanitizing equipment between voters, caused the backups. This precinct, located at the Crystal Springs Community Center had long lines for most of the day. Voters said poll workers did a good job of moving people through quickly.

Copiah County voters turned out yesterday in record numbers to cast their votes for President, U.S. Senator, a few local races, and ballot referendums – one of which was a local question on whether to move a monument from the county courthouse.
County voters cast the majority of their votes for Joe Biden for President, Mike Espy for Senate, and Bennie G. Thompson for House of Representatives. A majority of voters want the monument left on the courthouse lawn.
Approximately 12,953 county voters cast a ballot in the election, for a turnout of roughly 66% of the estimated 19,500 registered voters in the county.