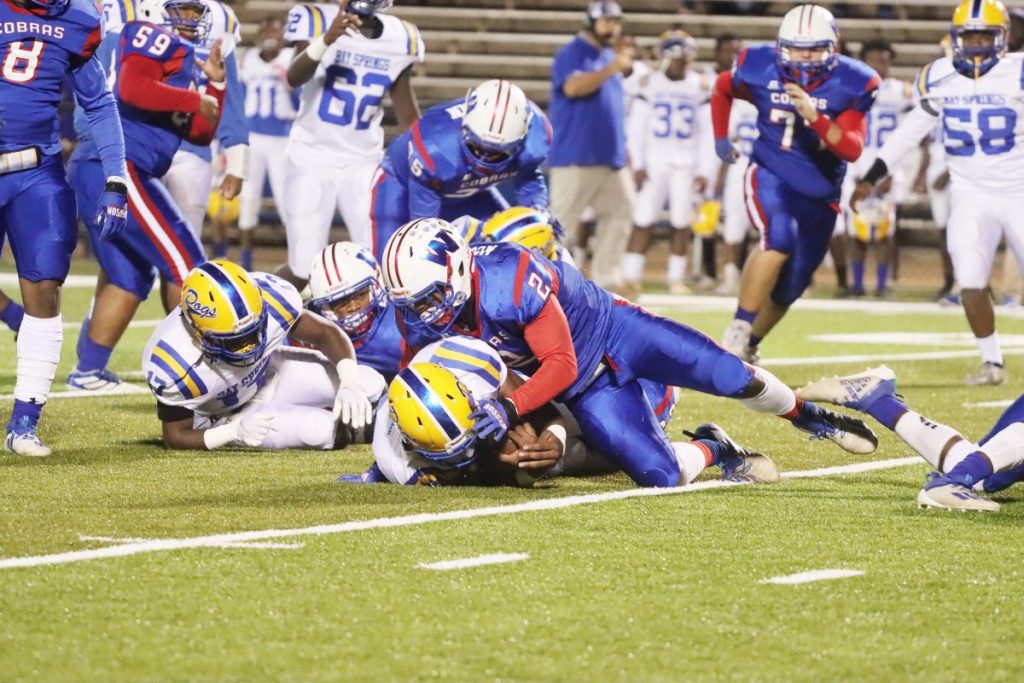 Wesson’s Collin McGowan (#2) makes a tackle in the Cobras’ game against Bay Springs.

Fans who attended the Bay Springs versus Wesson football game Friday night in Wesson definitely had an entertaining night and got their money’s worth. A high scoring offensive shootout took one overtime and a defensive stop to determine the winner. Wesson hosted the game because they were the division 7-2A district champs, which made them the number one seed, while Bay Springs was the number four seed in district five. But Bay Springs is not your typical number four seeded team; they dropped to the four seed spot due to having to forfeit two district games due to COVID quarantine. So, this was a solid first round matchup for both teams.
Wesson received the ball first and wasted no time putting their high-powered passing offense to work as they drove down the field and scored with a 28-yard pass-and-catch between sophomore classmates quarterback Will Loy and wide receiver Chris Davis. The Preston Lee extra point was good, and the Cobras quickly led 7-0.