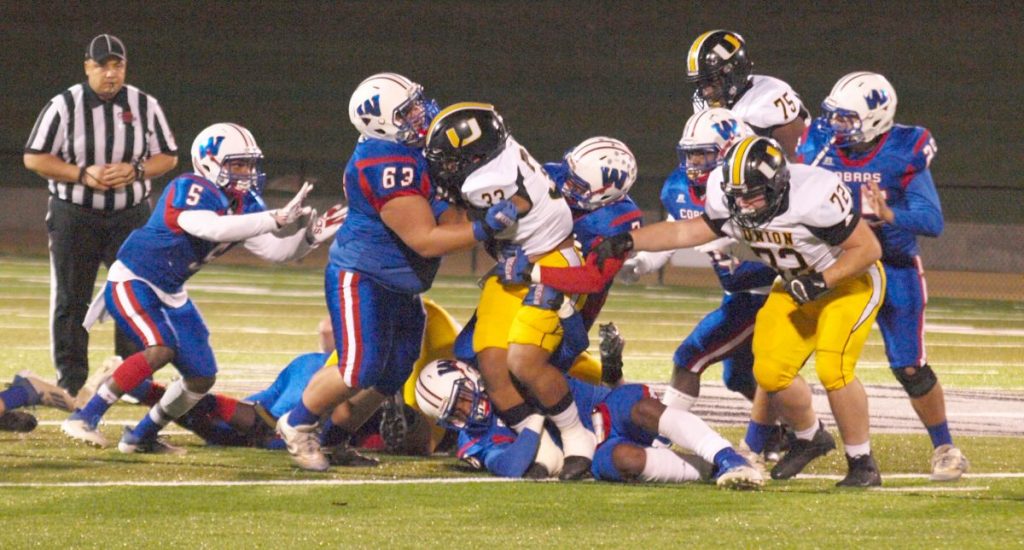 By Rusty Newman
The Wesson Cobras concluded their football season this past Friday night in Wesson at Stone Stadium as they fell 64-44 to the Union Yellow Jackets in the second round of the MHSAA playoffs. It was a great night for football, the weather was nice and cool, and the atmosphere was electric as the fans came in ready to see some action.
Union received the opening kickoff and was driving down the field when a Yellow Jacket pass attempt was intercepted by senior Cobra defensive back Antrelle Sims. The Cobra offense then took the field and went to work. They drove the ball down the field inside the red zone, but a completed pass to Chris Davis led to a fumble around the 10-yard line, and the Yellow Jackets took back over on offense. This time, their offense got going and found the end zone on a 60-yard pass-and-catch play. The extra point was no good, but the Yellow Jackets held an early 6-0 lead.