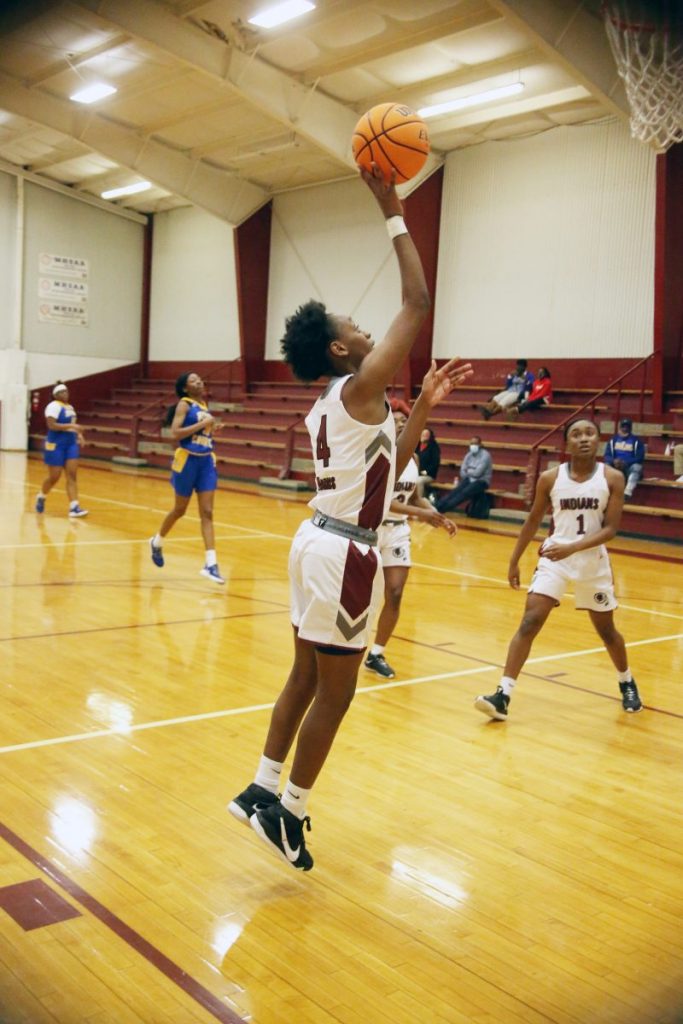 Hazlehurst girls got off to a slow start against Jefferson County recently but as the night went on, scoring became easier. On a fast break wide open, Morgan Harris (#4) put in a short jumper for two of her 14 points. Hazlehurst won by a score of 41-17. (Photo by Crockett Action Shots) 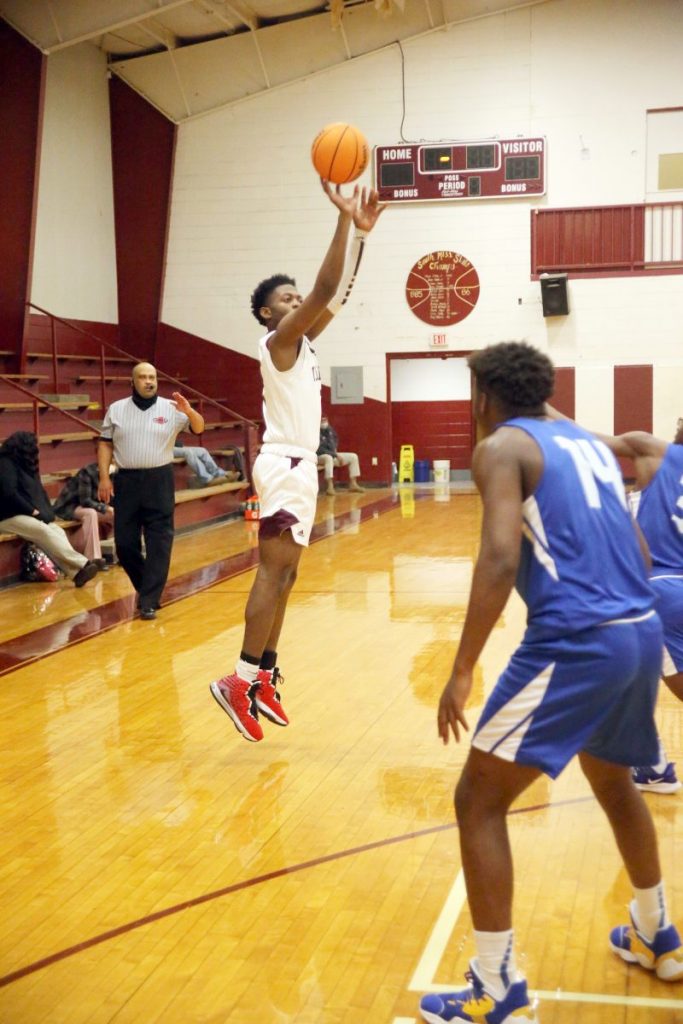 Kenneth Frazier III (#3) hits this 3-pointer well past the 3-point line in one of his several 3-pointers against Jefferson County recently. He had 16 points to lead the Indians to a win by a score of 83-45. (Photo by Crockett Action Shots) 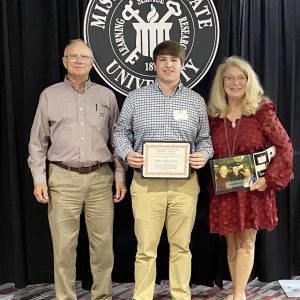 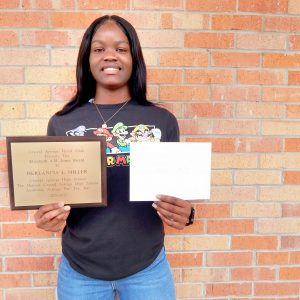 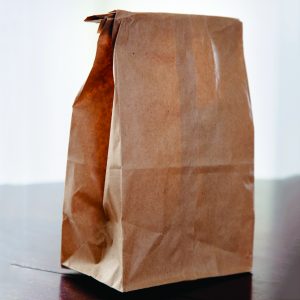