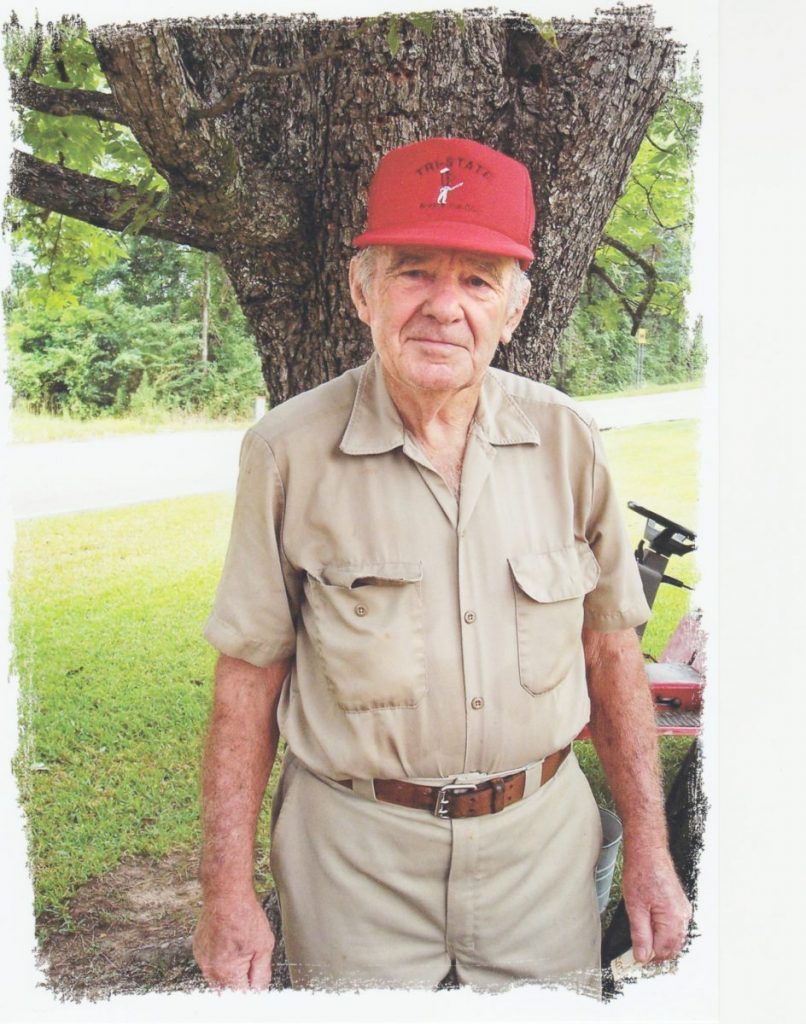 R.G. Brock, of Crystal Springs, passed away on March 24, 2021, at his residence. He was 93.
Born Riley Gaither Brock on Oct. 31, 1927, in Dossville, he moved to Crystal Springs a few years after high school graduation. He owned and operated Brock’s Body Shop for the next 45 years until partially retiring around 1990 so he could enjoy farming and tending to his 40 acres he loved to roam.
He was widely known as simply “Brock,” prompting a young person to ask one time if his name was really Brock Brock. But in his retirement years, he was best known as “The Tomato Man” to people who came from around Mississippi and neighboring states to buy his tomatoes. At 92, he bemoaned the fact that he had to cut his crop to “just 100 tomato plants” because of his health. In his earlier years, he spent much of his time hunting and fishing. But in retirement, his great joy, besides his family, was his love of gardening and taking care of his hundreds of daylily plants.
Mr. Brock was preceded in death by his parents, Edward Allen Brock and Birdie Estelle Jenkins Brock; by his wife, Barbara J. Brock; by a daughter, Cherry B. Graham; and by a sister, Faye Faulkner Dowell.
He is survived by his son, Greg Brock, of Oxford; by daughters, Anette Wade, of Columbus; and Bonnie Carter, of Batesville; and by his sister, Glenna Dean Tolleson (Denton), of Pascagoula.
He also leaves behind seven grandchildren, 11 great-great grandchildren, and several nieces and nephews. He was particularly grateful that he lived long enough to get to know his two-year-old great-great grandson, Will Campbell, son of Brock and Maidee Parker Campbell, and grandson of Sandy and Tony Campbell, all of Crystal Springs. At the time Will was born, there were five generations of the family living at the same time – the third time that had happened since Mr. Brock was 40.
The family is particularly grateful to the staff of Hospice Ministries of Brookhaven, in particular to his nurse, Pat Banks, and to Chaplain Rick Munn, who conducted graveside services on March 27 at Pilgrims Baptist Church Cemetery, along with the Rev. Johnnie Stewart of Pilgrims Rest.
For friends who would like to remember him, the family asks that donations be made to the Pilgrims Rest Baptist Church Cemetery Fund. They can be sent to the church at 3121 Didlake Rd., Crystal Springs, MS 39059. Please make clear that the donation is for the cemetery fund.