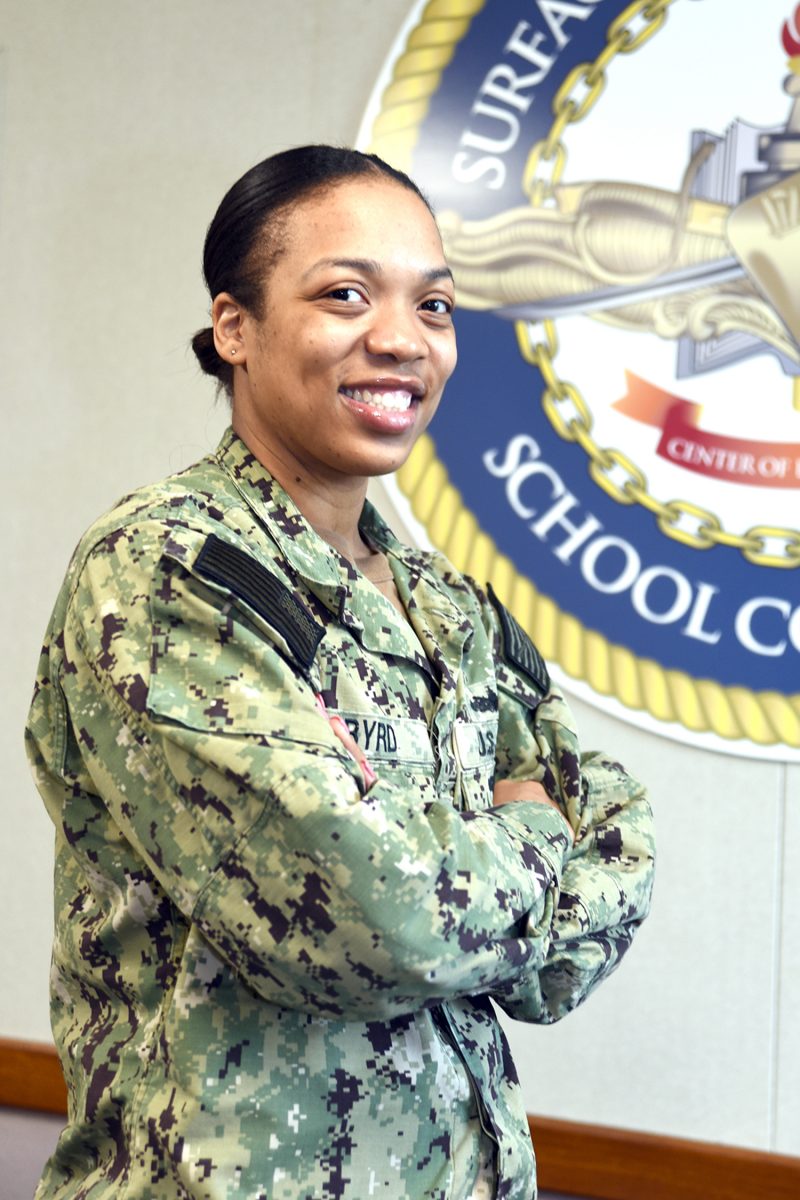 By Stephanie Fox, Navy Office of Community
Outreach
Petty Officer 1st Class Teandra Byrd, a native of Hazlehurst, joined the Navy for the opportunities the military offers.
“I look forward to learning more about steam engineering here at SWOS,” said Byrd.
According to Byrd, the values required to succeed in the military are similar to those found in Hazlehurst.
“My mom was a strong disciplinarian, which helped me with the structure of the Navy,” said Byrd.
Byrd, a 2013 graduate of Hazlehurst High School, serves as a machinist’s mate at the school where naval officers learn to serve as surface warfare officers.
“Machinist’s mates are the engineers of the Navy,” said Byrd. “We operate, maintain, and repair equipment.”
The mission of SWOS is to ready sea-bound warriors to serve on surface combatants to fulfill the Navy’s mission maintaining global maritime superiority.
Once service members finish training, they are deployed around the world putting their skill set to work aboard Navy ships, such as aircraft carriers, cruisers, destroyers, amphibious warfare ships, mine warfare ships, and  littoral combat ships.