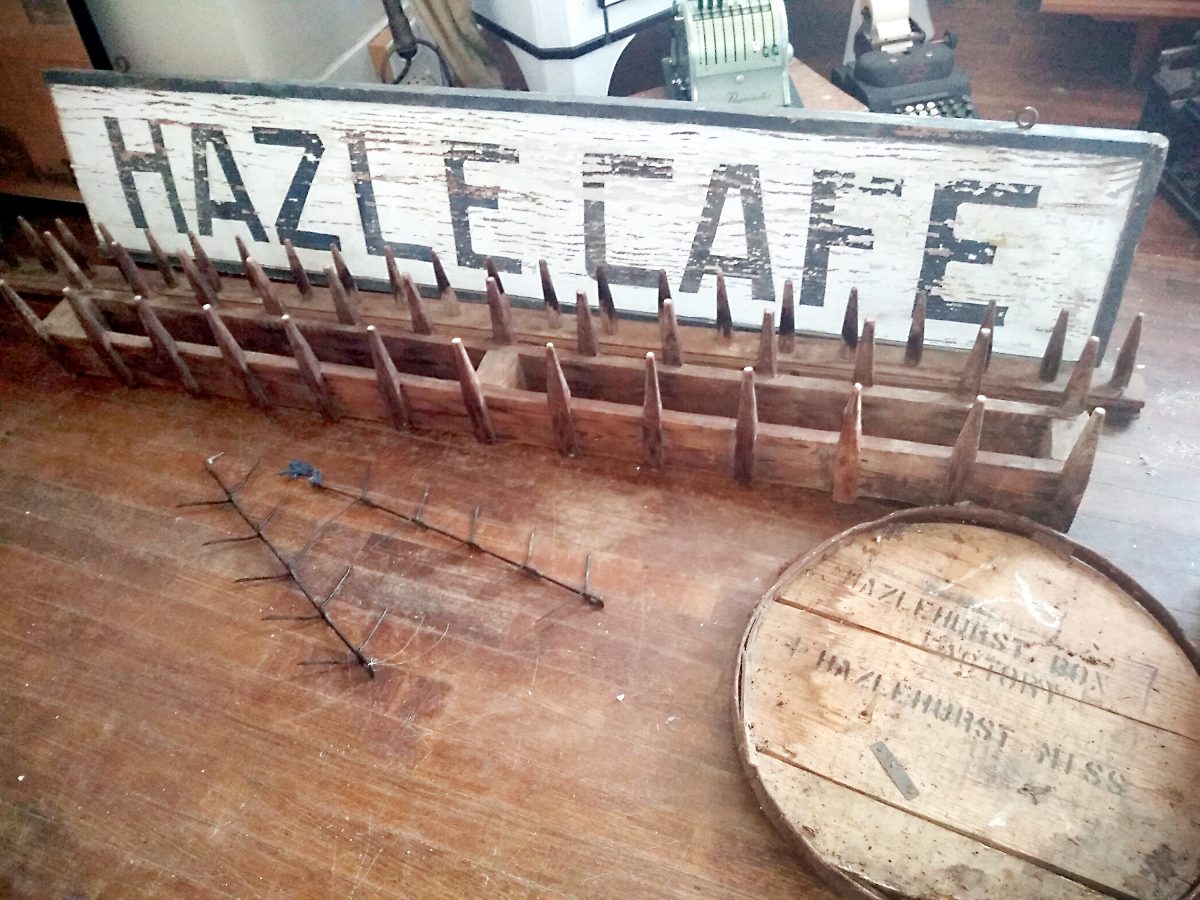 David and John Marchetti recently donated a pair of rare, wooden point harrows, a large Hazle Cafe painted wooden sign from the 1930s, two local advertising thimbles, and two forged, metal corn-roasting tree sticks to the Hazlehurst Room, located in the Hazlehurst Illinois Central Railroad Depot. The donations are in memory of the late Robert G. And Jackie Marchetti, who passed away in 2020. The Marchettis began donating items in 1996 up until 2017. Their 19th and 20th century farm items began the nucleus of the Hazlehurst Museum Collection owned by the City of Hazlehurst.