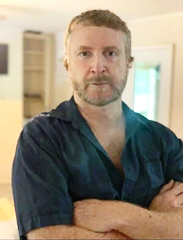 Darrell Wayne Faulkner, 52, of Crystal Springs, passed away peacefully Aug. 22, 2021. He was born June 24, 1969, in Sunflower to Ina Marie Manning, of Flora, and Jesse “Bill” Dan Faulkner, of Carthage.
Darrell Wayne was an avid turkey hunter. His love for hunting started at a very young age with his brother, Danny; Uncle Jerry; and Uncle Ronald. He passed the love of this hunt down to his son, Devin. They would often travel during turkey season to different states on hunts that Devin will have memories of and cherish for a lifetime. He was also a die-hard Ole Miss and Cowboys fan, and if you really knew him, you’ll laugh at knowing that even though the quarterback for the Cowboys was from MSU, he still stayed loyal to his favorite NFL team.
For most of his life, Darrell was a trim carpenter. He had his own company and worked alongside his son, Devin. Darrell was a hard worker, and he took pride in all the work he did.
Darrell is survived by his son, Devin Faulkner; his brothers, Danny Faulkner, Sam Adamson; his sister, Donna Faulkner; his nephew, Hayden Faulkner; along with many other family members.
Darrell was welcomed into heaven by his mother, Ina Marie Manning; and his father, Jesse “Bill” Dan Faulkner, where they’re rejoicing to see each other once again.
Pallbearers were Devin Faulkner, Hayden Faulkner, Danny Faulkner, Donna Faulkner, Jerod Vandevender, and Kevin Woods.
Honorary pallbearer was Scott Manning.