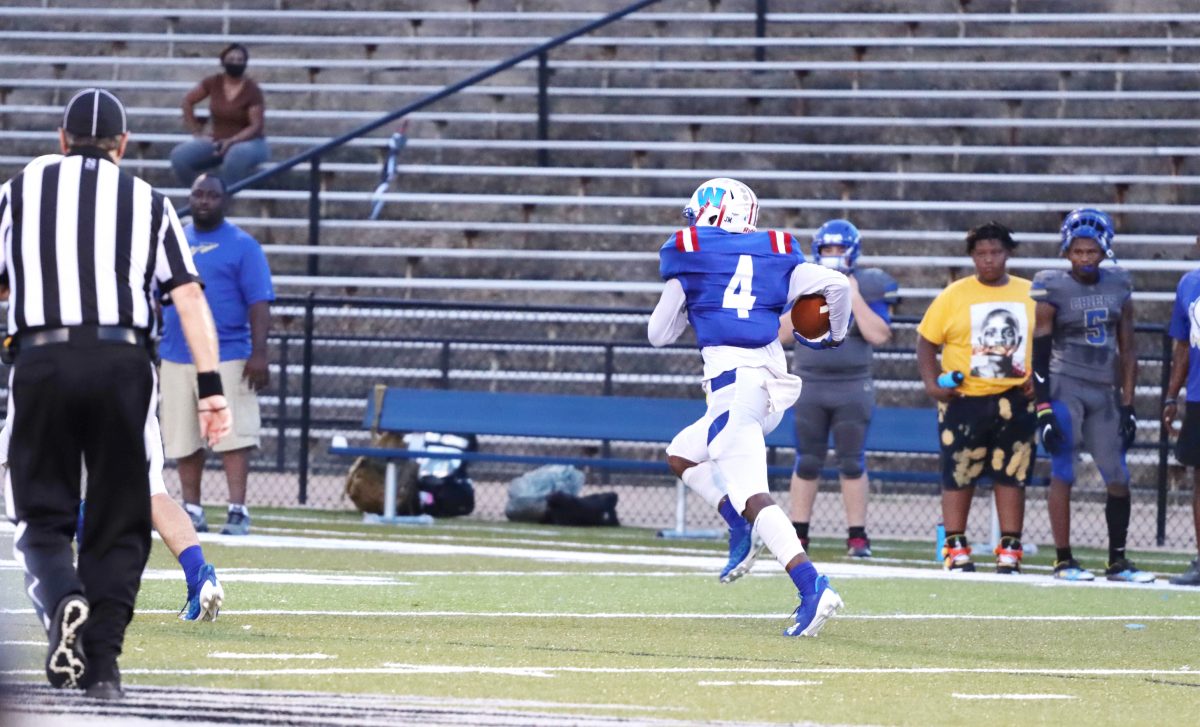 O’Mari Johnson (#4) runs the ball for Wesson in their season opener against Tylertown.

By Rusty Newman
The football season got underway Friday night in Co-Lin’s Stone Stadium as the Wesson Cobras and Tylertown Chiefs battled it out in a King’s Daughters Classic. Typically, the Cobras are the home team in Stone Stadium but with this being a classic, the Chiefs were the home team on the scoreboard.
After a few turnovers on downs, Wesson put together a drive that ended with Quarterback Will Loy connecting with Tarayvian Miller from 11 yards out for a touchdown. The 2-point conversion by Collin McGowan was good, and the Cobras led 8-0 with 6:44 remaining in the first quarter.
On the next offensive series for the Chiefs, they threw a pick-six as Wesson’s O’mari Johnson grabbed an interception and returned it 65 yards for a Cobra touchdown. The extra point conversion was no good, but the Cobras were up 14-0.