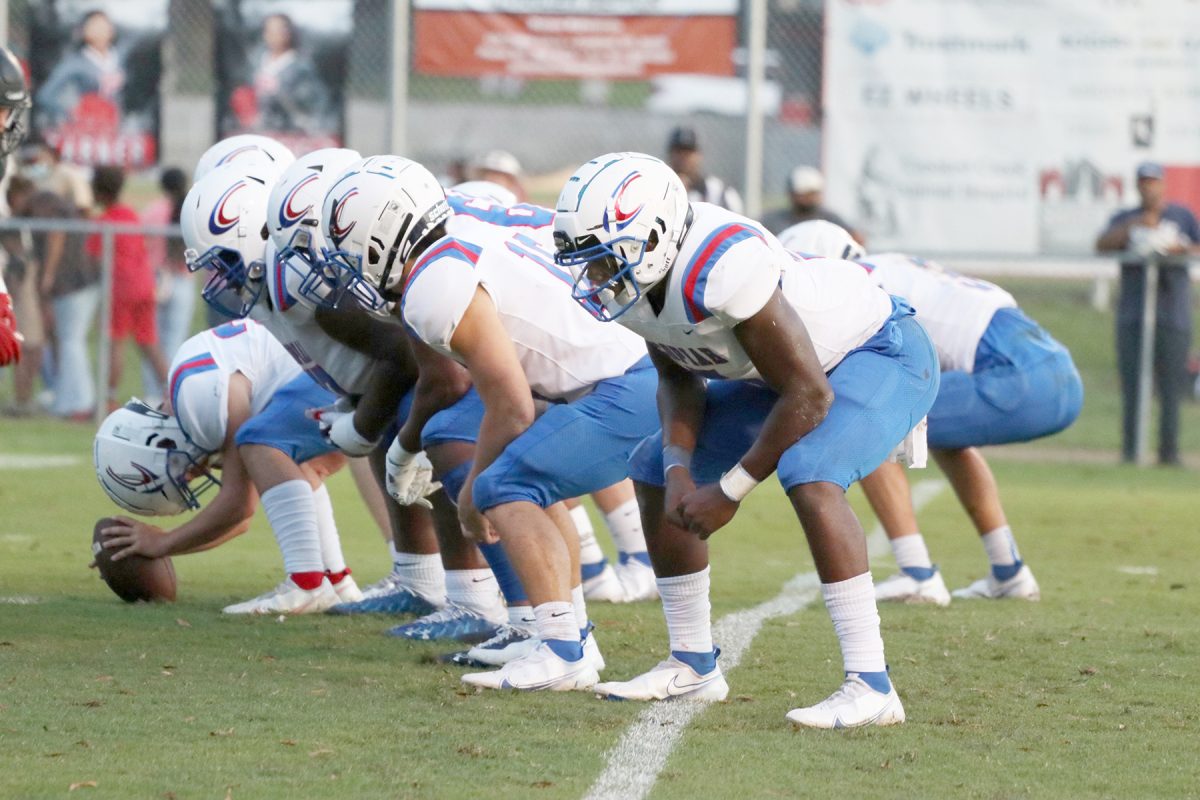 Copiah’s special teams unit lines up for an extra point.

By Drake Flowers
In their second road matchup in as many weeks, the Copiah Academy Colonels dominated from start to finish in route to a 42-7 win over the Pelahatchie Chiefs Friday night in Pelahatchie. Both the offensive and defensive units seemed to be firing on all cylinders for the Colonels, with both units putting up major numbers on their way to a lopsided win. This marks the second victory in an MSAIS vs MHSAA matchup in as many years for the Colonels. Last season, Copiah defeated East Marion in a similar fashion on their Homecoming night.