Among the more indelible images to emerge on September 11, 2001 was the sight of two planes crashing into the North and South Towers of the World Trade Center. Still photos and video footage of those planes flying into the Twin Towers were the first images of the attacks many Americans saw, and no one who watched events unfold that morning will ever forget those images.
Though both the North and South Towers fell on that day, today the site where each tower once stood is a serene retreat in the bustling lower Manhattan neighborhood that was shaken to its core on the day of the attacks. The 9/11 Memorial was designed by architect Michael Arad and landscape architect Peter Walker. The 9/11 Memorial and Museum notes that Arad and Walker’s proposal was chosen in a design competition that featured 5,201 submissions from 63 countries.
The 9/11 Memorial is located on the western side of the formal World Trade Center where the Twin Towers once stood. Two enormous reflecting pools are part of the Memorial Plaza, which is where the North and South Towers once stood. The pools feature the two largest man-made waterfalls in North America. Around the edges of the pools, the names of people who were killed in the 9/11 attacks in New York, the Pentagon, on Flight 93, and in the 1993 bombing at the World Trade Center are etched in bronze.
In recognition of the crash sites, 400 swamp white oak trees were selected from nurseries located in New York, Pennsylvania and near Washington, D.C. These trees are located throughout the Memorial Plaza, providing a peaceful respite separate from the surrounding city. The Memorial Plaza also includes one Callery pear tree. That tree was discovered at Ground Zero weeks after the attacks and it was severely damaged. The tree, now known as the Survivor Tree, was nursed back to health by members of the New York City Parks and Recreation Department and returned to the World Trade Center site in 2010, where it still stands as an enduring symbol of resilience and perseverance.
The 9/11 Memorial is free and open daily from 10 a.m. to 5 p.m. More information about the 9/11 Memorial and the 9/11 Memorial and Museum can be found at www.911memorial.org. 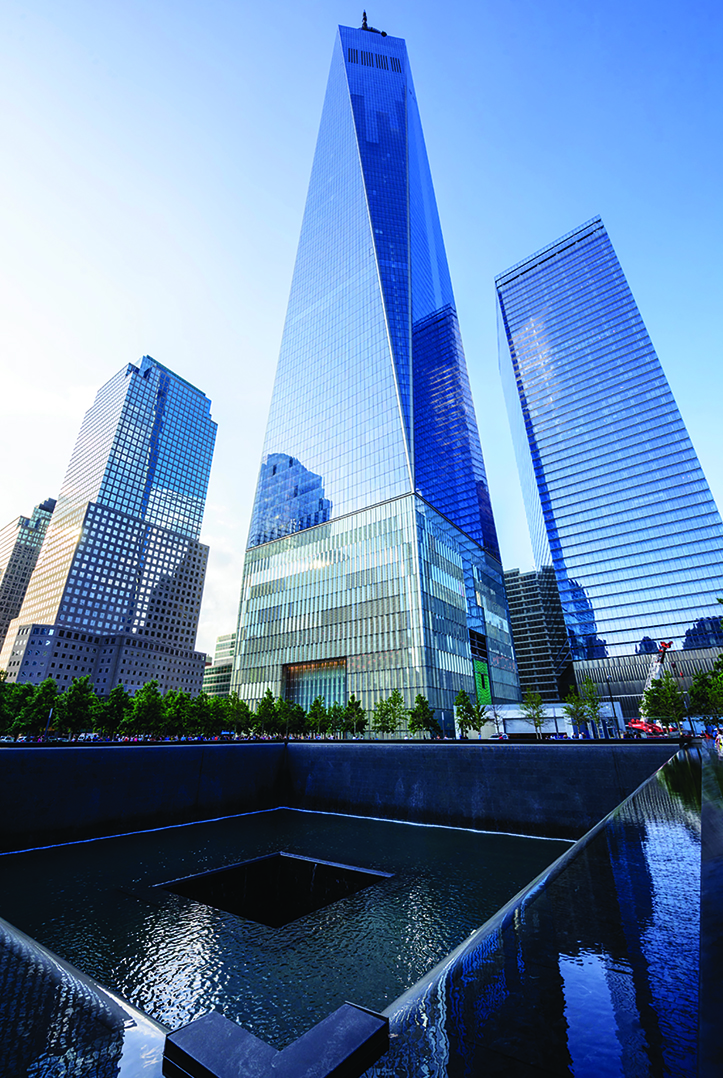