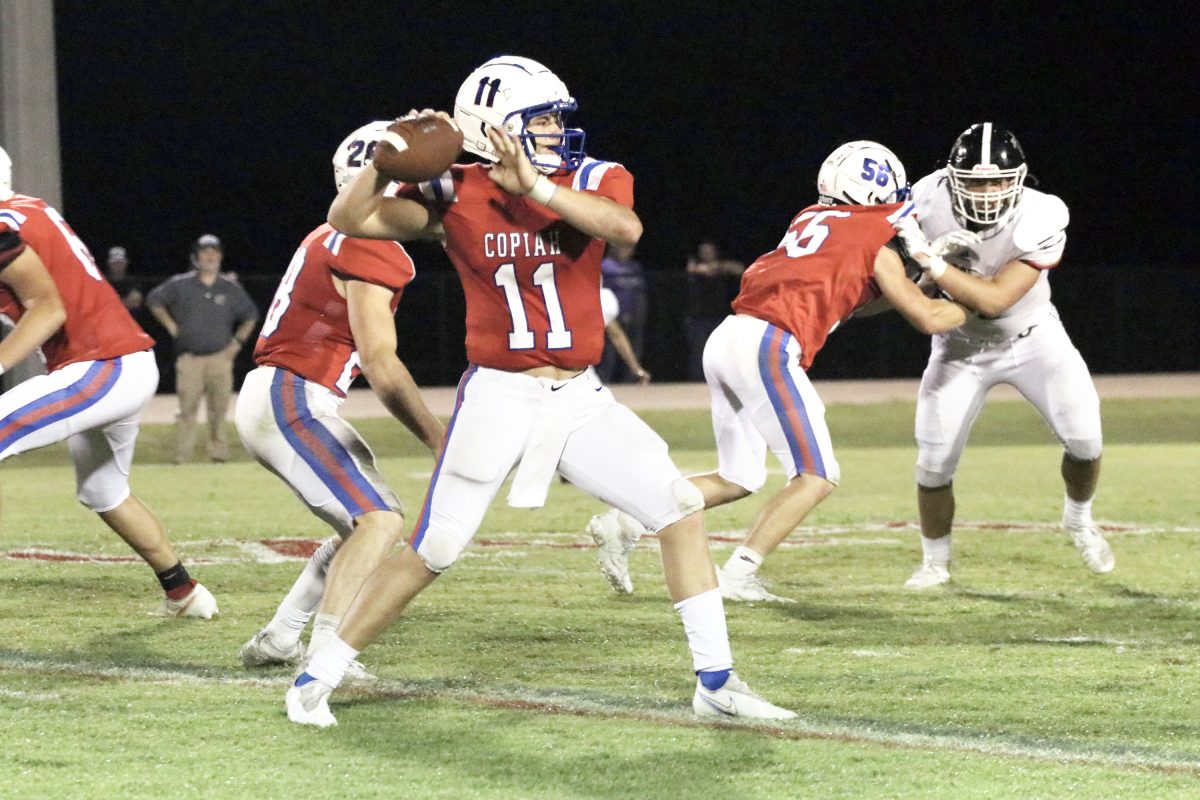 By Drake Flowers
The Copiah Academy Colonels suffered their first setback of the season at the hands of the Oak Forest Academy Yellow Jackets. This 42-27 loss puts the Colonels at 3-1 on the young season.
However, a lot of positives could be taken from a competitive game against a high-quality opponent. The Jackets jumped out to an early 14-0 lead before the Colonels responded with a six-yard touchdown scamper from Wyatt Albright. The Jackets stretched their lead to 21-6 just before the half.
The rejuvenated Colonels came out in the second half with a point to prove. After Oak Forest’s failed onside kick, Copiah drove immediately down the field to cut the lead to 21-14 on a JD Weed touchdown run.