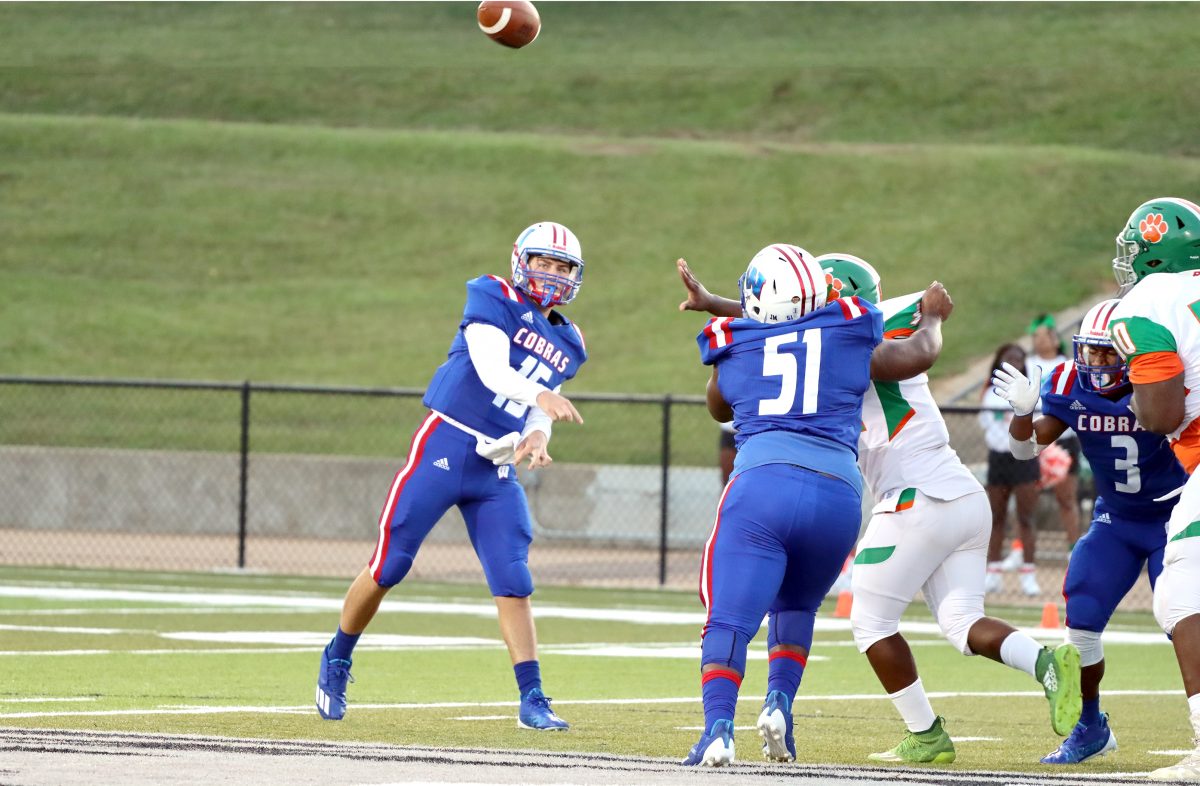 By Rusty Newman
The Friday night crowd at Stone Stadium in Wesson got to witness a good high school football game between the Wesson Cobras and the Wilkinson County Wildcats. This was a game that was supposed to be played at Wilkinson County but due to hurricane damage in their area, the game was moved to Wesson.
The game went back and forth defensively both ways early but finally with about three minutes left in the first quarter, the Wildcats lined up to punt and had a bad snap. Wesson took over on the Wildcat 23-yard line and on the next play, senior running back Collin McGowan took it the distance for a 23-yard score. He also added the 2-point conversion, and the Cobras were up 8-0.
The Wildcats didn’t waste any time to answer back as they put a drive together on the next possession from about 50 yards out that ended with a 9-yard touchdown run by their quarterback. The extra-point attempt was no good, and Wesson still led 8-6.