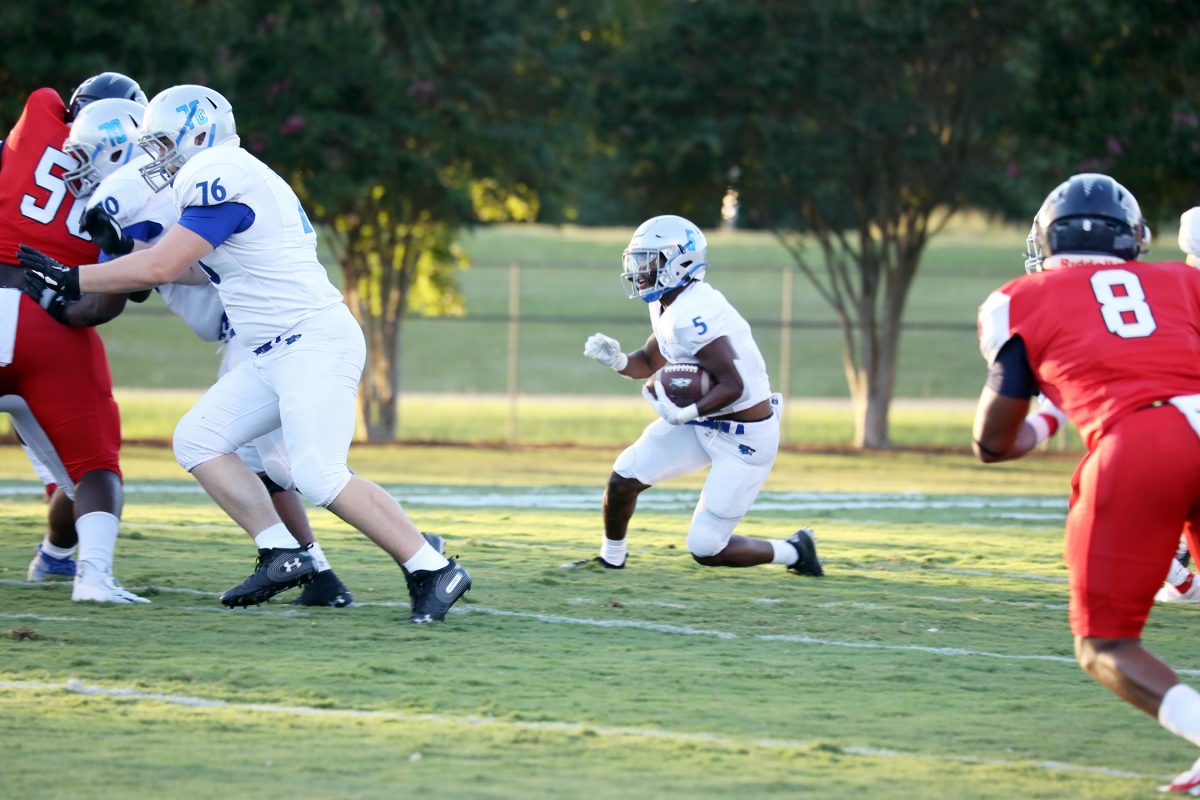 Drexlan Allen (#5) carries the ball for Co-Lin in a recent matchup with Itawamba Community College.

The Co-Lin Football team continued its season opening road trip with a contest against Itawamba Community College on Sept. 9. The Indians beat the Wolves by a final of 30-3.
The makings of a defensive battle were seen through the first quarter-and-a-half as neither offense mustered more than 42 yards in a single drive. However, the Indians broke the scoreless tie midway through the second quarter as Dylan Faulk connected with Chris Howard from eight yards for a touchdown pass capping a 12 play, 89-yard drive. The successful PAT gave the Indians a 7-0 lead with 3:38 remaining in the first half.
The Indians looked to increase their lead at the end of the half by lining up for a 29-yard field goal, but the Wolves special teams unit blocked the attempt to keep the score 7-0 at halftime.