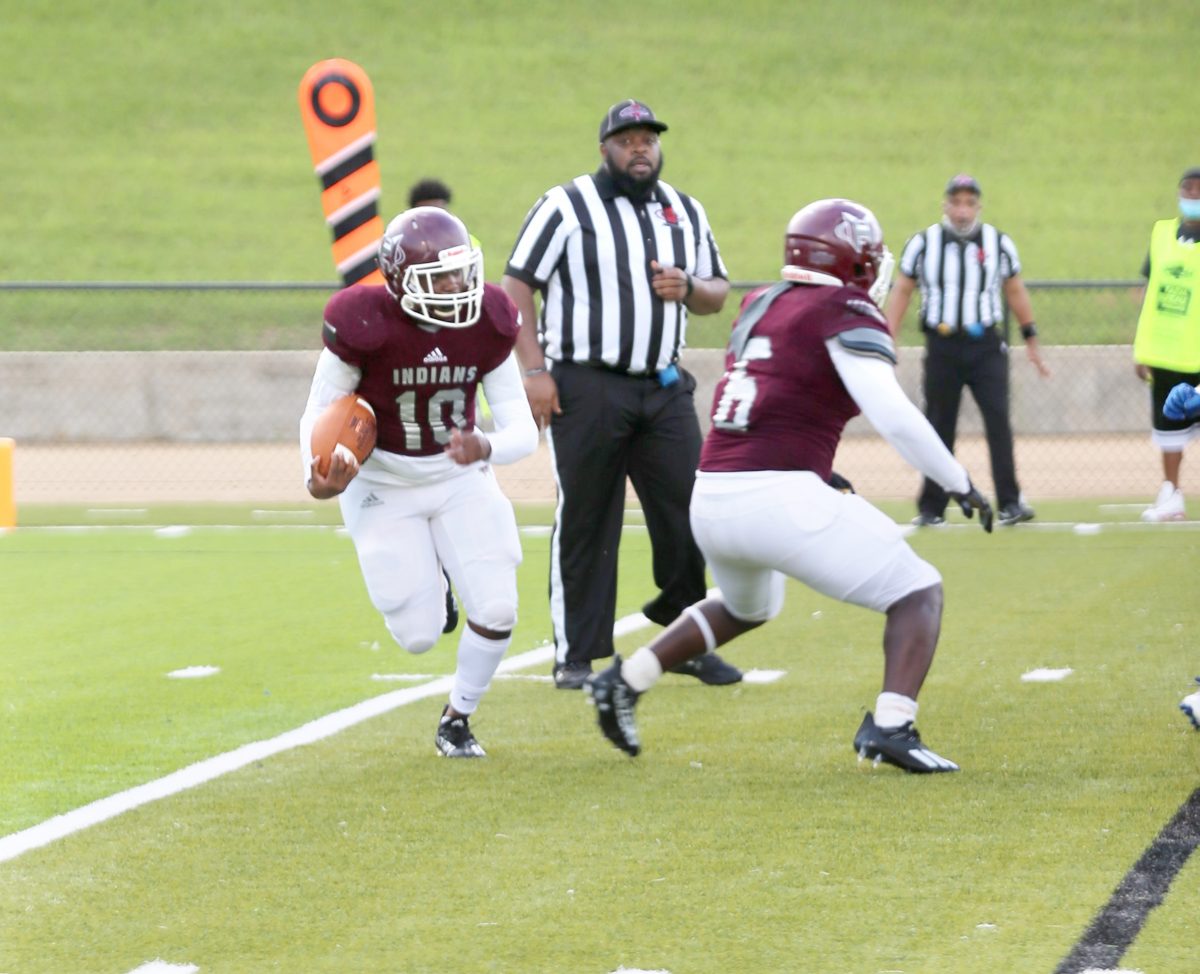 By Ja’Kyah Collins
Hazlehurst High School chalked up its first win of the season Saturday when they hosted Natchez. The Indians prevailed 20-14 in a game that provided several offensive players an opportunity to handle the ball.
Coach Damien Gary said, “We played a solid game offensively and defensively with a balanced attack from the offense and once the defense got the first game jitters out of their system, we settled down and shut them out in the second half.”
The Indians were playing in their first game of the season due to COVID-related issues that prevented them from playing the first two scheduled games against Wingfield and Port Gibson.