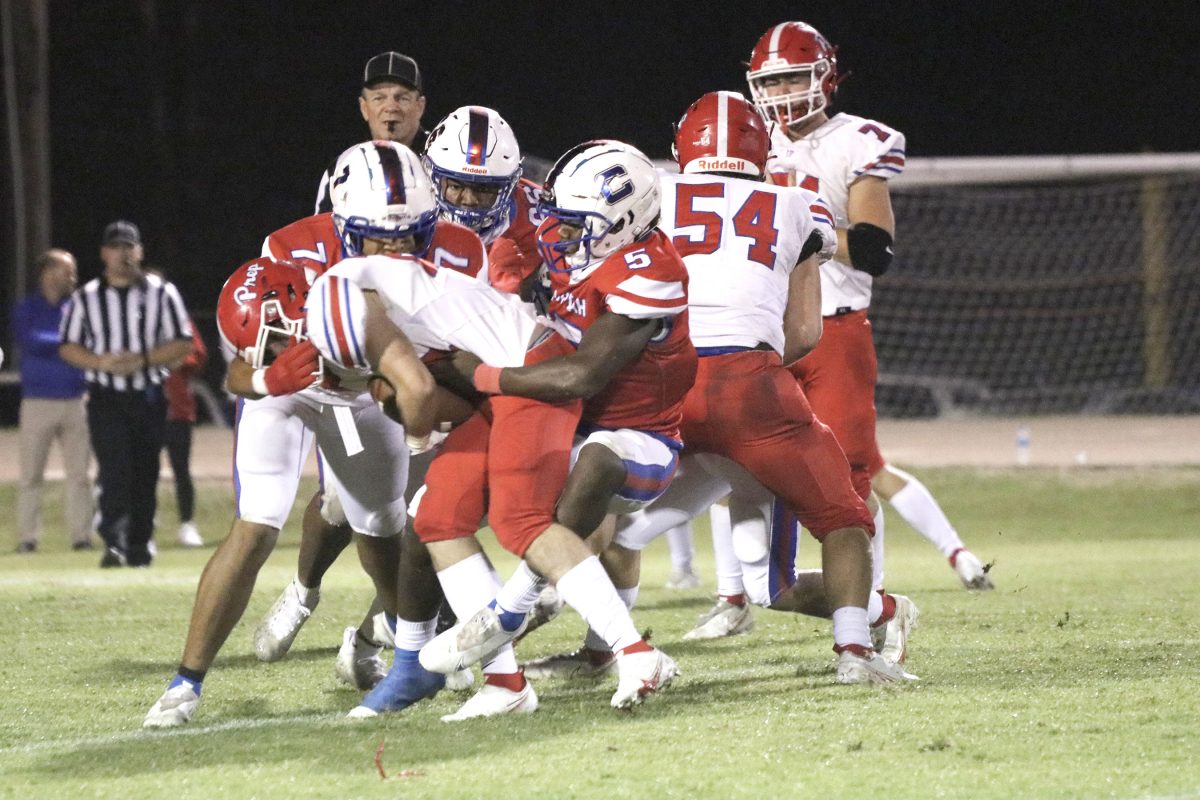 By Drake Flowers
The Copiah Academy Colonels fell victim to a quality and competitive Jackson Prep team in Gallman Friday night by a final score of 35-0, in a game that was a little closer than the score might suggest. The loss pushes the Colonels to an overall record of 4-2, 0-1 in district play. A 14-0 game at halftime got away from the Colonels in the second half thanks to an excellent air raid attack from the visiting Patriots, as well as some offensive difficulties for the Colonels.
Prep got the scoring started early, taking the ball into the end zone on a third-and-goal play to lead 7-0. The Colonels responded with a nice drive of their own, which was eventually stopped inside of Jackson Prep territory. Prep then drove down to their end zone once again, running the score to 14-0. However, that was the last score of the half for the Patriots.