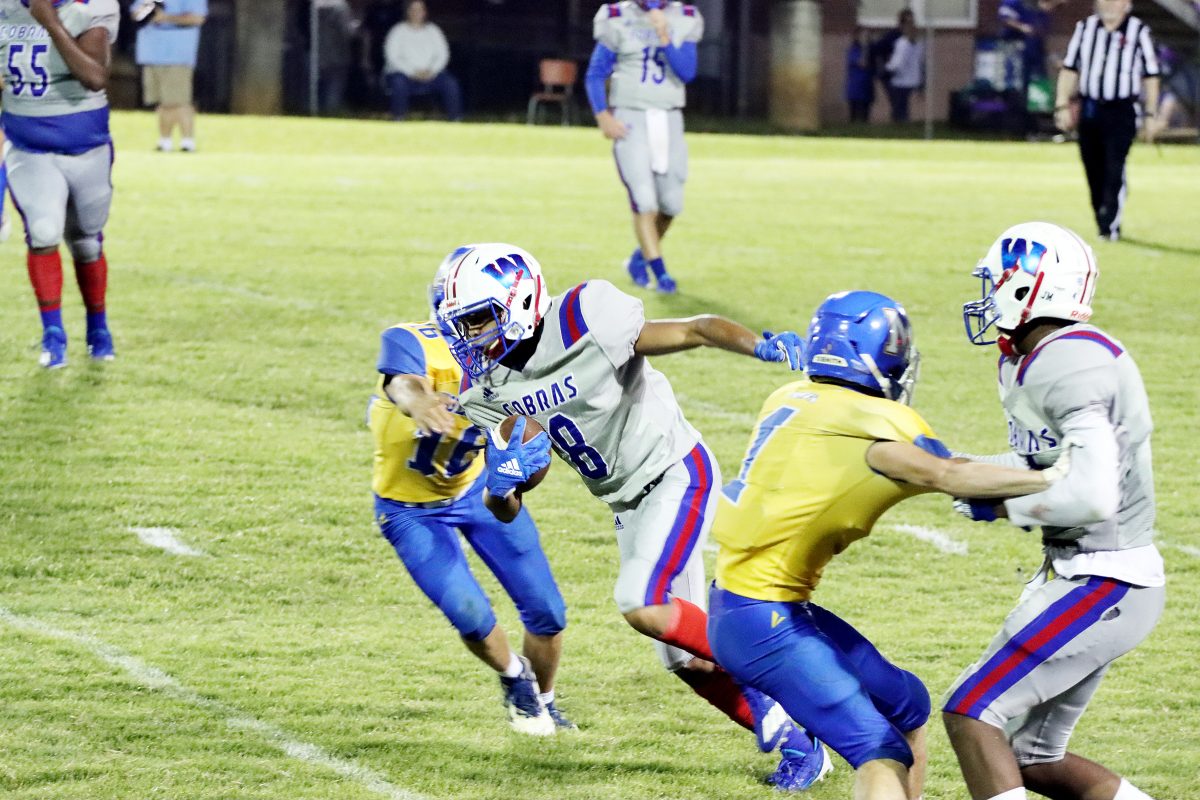 By Rusty Newman
On Friday night, the Wesson Cobras traveled to Mize for a friendly, non-conference football game. Mize was having a tough week. On Thursday, their athletic director and head football coach, Steve Bynum, who had been battling COVID, passed away. It was actually up in the air on Thursday if the game would even take place, but the Mize Bulldogs decided to carry through with the game and play for their coach because they felt that’s what he would have wanted.
The game started out with a scoreless first quarter as neither team could find the end zone, but it got interesting and entertaining in the second quarter as 32 overall points were scored. Mize was the first to find the end zone and put points on the board with a 1-yard run with 11 minutes left to go in the second quarter. The extra-point attempt was no good, and Mize led 6-0.