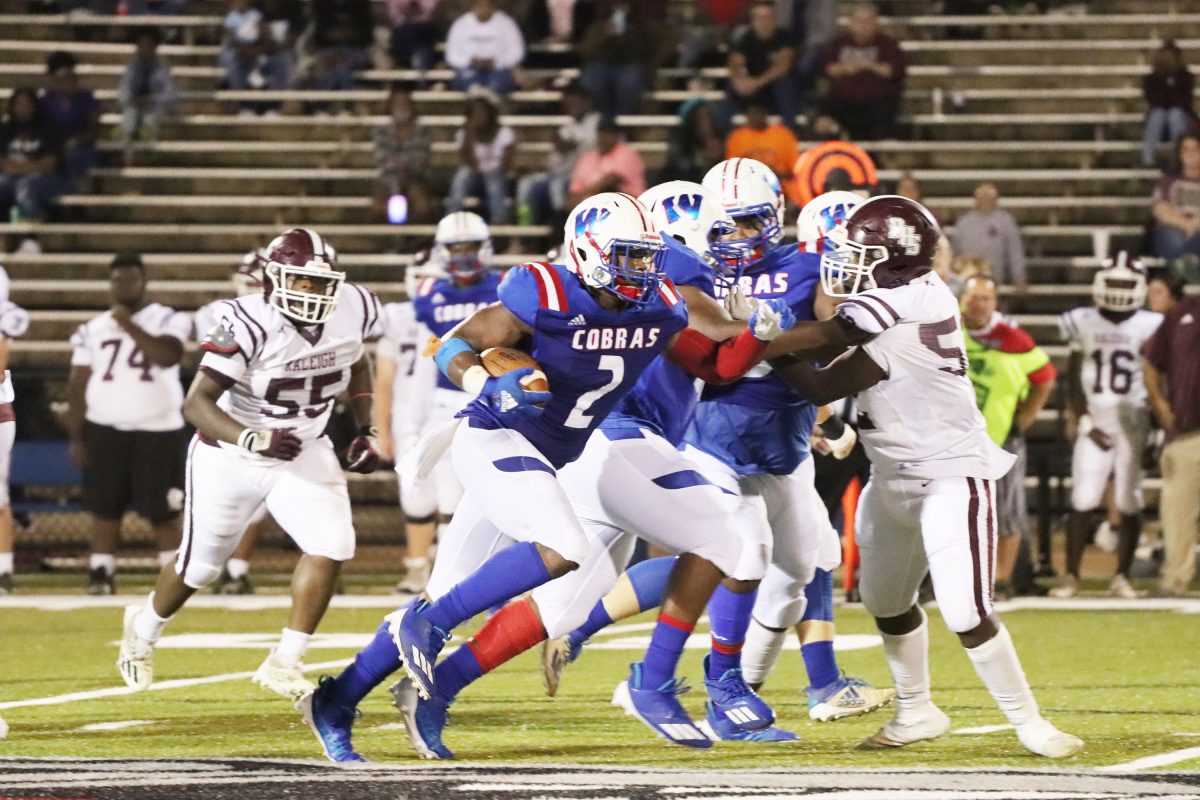 By Rusty Newman
The Wesson Cobras played host to the Raleigh Lions Friday night at Stone Stadium in Wesson and were defeated 62-32.
The game started out with the Cobras receiving the ball, but they were forced to punt on a 3-and-out offensively. The Lions took possession and fumbled on their first play from scrimmage. The Cobras recovered and quickly made the Lions pay for their mistake. Quarterback Will Loy connected with receiver Tarayvian Miller on a 47-yard touchdown pass. The extra point attempt was no good, and the Cobras led 6-0 with 8:26 remaining in the first quarter.
The Lions were quick to answer as Javarious Walker received the kickoff and took it 72 yards to the end zone. The 2-point conversion was good, and Raleigh now led 8-6.